Snapchat is making changes to the information it collects about under-16s in Europe as it works to comply with an update to the EU’s data protection rules. The changes could see its location tracking Snap Map being disabled for younger teen users in the region.

The messaging app, which is most popular with teens, has faced criticism in Europe for how it processes and exposes the location of children on the Snap Map feature which launched last summer.

Following its launch some European schools wrote to parents warning them of safeguarding concerns over the feature. Police forces have also raised concerns about Snap Map.

The FT reports that the messaging app will stop gathering the location data of younger European teens. A spokesperson for the company told the newspaper it will generally no longer process any data that might require parental consent. Although the company also said Snapchat does not intend to put an outright bar on 13-year-olds signing up to its service.

The latter decision stands in contrast to a move by Facebook-owned WhatsApp, which earlier this week revealed it’s raising its minimum user age to 16 for European users, also as a GDPR compliance step — although WhatsApp did not detail any plans to actively enforce this new limit, i.e. beyond asking users to state they are over 16.

GDPR includes a new provision on children’s personal data, setting a 16-year-old age limit on kids’ ability to consent to their data being processed. Although Member States can choose to derogate from this (and some have) by writing a lower age limit into their laws.

The hard cap is set at 13-years-old — making that the defacto standard for children to be able to sign up to digital services.

The new privacy framework will apply in just over a month’s time.

In an FAQ on its website related to GDPR compliance and obtaining parental consent for users under the age of 16, Snap writes: “To the extent Snap relies on consent to process personal data of users between 13 and 16, we will make the reasonable efforts required to confirm that consent has been given by someone who holds parental responsibility while respecting the need to minimize further data collection.”

We’ve reached out to Snap to ask whether it will be entirely disabling Snap Map for under-16s in the region. It’s possible the company might try to come up with a compromise that obfuscates under-16s’ location on the map, although any such move would undermine the utility of the feature — and may not entirely assuage privacy concerns related to it either.

The level of detail on Snap Map has been flagged as a major privacy concern, because it can show the precise location of users (the location only updates when the app is open). It can even detail activities — such as showing a person is in a car or at an airport. Even Snapchat users colloquially refer to the feature as a tool to “stalk” their friends.

And while users do need to opt in to share their location, the Snap Map feature was actively pushed out as a new feature notification when it launched — meaning the company actively solicited opt-ins from users.

Once Snap Map has been enabled, there are controls which enable users to switch on a so-called ‘ghost mode’ — which removes their location-pinpointed avatar from the map. However some users have reported that subsequent updates to the app can disable this setting — rendering them visible again, and meaning they would need to notice that and revisit the setting to switch invisibility back on.

Users can also choose to share their location with a certain sub-set of friends, rather than with all their friends. However there is also a public version of Snap Map where Stories that users have shared publicly at a particular location can be viewed by anyone using the Internet, even if they’re not themselves a Snapchat user.

The social map feature was inspired by a similar offering made by French startup, Zenly . Snap later acquired the startup for between $ 250M and $ 350M — although Zenly’s own social map was left to run independently.

Zenly’s current privacy policy makes not mention of GDPR — citing only French DP law at this stage — and it’s not clear whether it will also be amending its data collection practices to comply with the regulation when it comes into force in a month’s time.

We’ve also reached out to the team with questions. The current minimum age for usage of its app is 13. 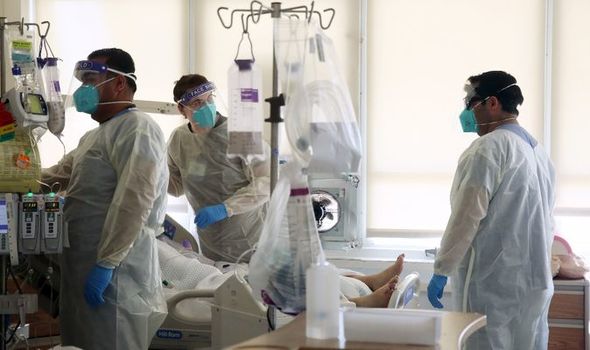 Ivanka Trump is all smiles as she wears £806 dress amid fresh rumours about...

VCs from Accel and SoftBank talk Europe’s startup scene, what they expect in 2020,...

What It Means To Hedge A Bet