One clear outcome of the pandemic was pushing more people to do their shopping online, and that was as true for B2B as it was for B2C. Knowing which of your B2B customers are most likely to convert puts any sales team ahead of the game. Slintel, a startup providing that kind of data, announced a $ 20 million Series A today.

The company has attracted some big-name investors with GGV leading the round and Accel, Sequoia and Stellaris also participating. The investment brings the total raised to over $ 24 million including a $ 4.2 million seed round from last November.

That’s a quick turnaround from seed to A, and company founder and CEO Deepak Anchala, says that while he had plenty of runway left from the seed round, the demand was such that it seemed prudent to take the A money sooner than he had planned. “So we had enough cash in the bank, but investors came to us and we got a pretty good valuation compared to the previous round, so we decided to take it and use that money to go faster,” Anchala said.

Certainly the market dynamics were working in Slintel’s favor. Without giving revenue details, Anchala said that revenue grew 5x last year in the middle of the worst of the pandemic. He says that meant buyers were spending less time with sales and marketing folks to understand products and more time online researching on their own.

“So what Slintel does as a product is we mine buyer insights. We understand where the buyers are in their journey, what their pain points are, what products they use, what they need and when they need it. So we understand all of this to create a 360 degree view of the buyer that you provide these insights to sales and marketing teams to help them sell better,” he said.

After growing at such a rapid clip last year, the company expected more modest growth this year at perhaps 3x, but with the added investment, he expects to grow faster again. “With the funding we’re actually looking at much bigger numbers. We’re looking at 5x in our revenue this year, and also trying for 4x revenue next year.”

He says that the money gives him the opportunity to improve the product and put more investment into marketing, which he believes will contribute to additional sales. Since the round closed 6 weeks ago, he says that he has increased his advertising budget and is also hopes to attract customers via SEO, free tools on the company website and events.

The company had 45 employees at the time of its seed round in November and has more than doubled that number in the interim to 100 spread out across 10 cities. He expects to double again by this time next year as the company is growing quickly. As a global company with some employees in India and some in the U.S., he intends to be remote first even after offices begin to reopen in different areas. He says that he plans to have company gatherings each quarter to let people gather in person on occasion. 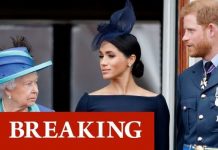 Meghan and Harry lash out in new attack on Queen’s lack... 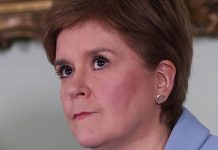 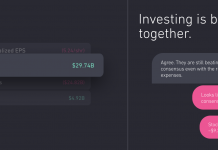 Willo is a robot that wants to replace your toothbrush