As Amazon’s Marketplace continues to grow and mature, a new opportunity has emerged in the world of e-commerce for a new breed of startups to consolidate the most promising of the smaller businesses that sell via Amazon’s platform, and build out their own economies of scale within that ecosystem. In the latest development, SellerX — a new outfit in Berlin — has closed a round of $ 118 million (€100 million) that it plans to use to roll up smaller enterprises that use Fullfilment by Amazon for payments, logistics and delivery for their products.

The round is being co-led by Cherry Ventures, Felix Capital and TriplePoint Capital, with participation also from Village Global, with Zalando co-founder David Schneider, Shutterfly CEO and former Amazon UK CEO Chris North, and the founders of KW Commerce, a big Amazon seller out of Germany (selling mobile phone accessories and home goods), also participating.

Notably, this $ 118 million is a seed round for the company, the first real money that it has raised to date, and it comes in the form of some equity, but mostly debt, which SellerX will use for acquisitions to play out its strategy, in the words of Malte Horeyseck (who co-founded the startup with Philipp Triebel) to become “the digital Procter & Gamble.”

SellerX’s focus will be “evergreen consumer goods,” said Triebel, in areas like household, pets, garden supplies, goods for kids and beauty. It has made one acquisition to date; and although it declined to disclose to me what it is, Horeyseck said that it, combined possibly with other acquisitions it will make in the coming weeks, will give SellerX a revenue run rate of €20 million by the end of this year.

The horse has well and truly bolted in the world of Amazon marketplace roll-ups: the last several months have seen a number of startups raise large rounds of funding, with sizable proportions of the sums in debt, in order to go out and consolidate the most interesting smaller companies that are selling and getting their orders fulfilled by Amazon.

Just yesterday, another player in this space based out of the U.S. called Heyday announced a round of $ 175 million. Earlier this week, London-based Heroes announced a $ 65 million round. Perch raised $ 123 million last month. Thrasio, another big player in this area, was valued at $ 1.25 billion in its own debt round earlier this year.

The opportunity is a clear one: the Amazon marketplace has quickly become a major player in the world of e-commerce — a position that has become even more apparent this year, during the Covid-19 global health pandemic, which has led to many people turning away from in-person shopping either out of choice or requirement (in the UK, for example, all ‘non-essential shops’ are currently closed for in-person shopping). In the last quarter the company, which reported revenues of $ 98 billion, saw product sales of $ 52 billion, with estimates putting the number of marketplace sellers at just over 50% of that figure. By some accounts Amazon is already responsible for 50% of all online retail, Felix founder and investor Frederic Court noted.

“It is the new high street,” he said in an interview.

At the same time, we’ve seen a flourishing of the concept of “D2C” where companies are bypassing traditional retailers and building their own brands for selling their own unique products on their own terms. Amazon has played a big part in that. Just as a writer can now self-publish on Amazon and bypass getting book deals, you can list your products on Amazon and theoretically get access to a huge audience of shoppers without having to pitch your goods to a buyer who may or may not do your bidding.

On the other side, however, you have huge fragmentation on the platform. As Amazon gets more popular, it makes it harder than ever for individual sellers to get themselves seen, or to differentiate themselves once they are found.

There is also a ton of junk sold on Amazon — there is a whole industry of those who buy off wholesale sites and resell on Amazon, which is one reason why so many merchants seem to sell identical anonymous products.

For the unassuming shopper, it’s nearly impossible to separate the wheat from the chaff — not least also because of the ongoing problems that Amazon has had with the integrity of its review system, and the selling of iffy products (it has worked hard to try to fight all of this, but it still remains an issue).

This makes for a challenging landscape on Amazon, which sometimes feels more held together by its Prime delivery promises and the fact that you can still usually find something to fill your needs not because the goods are great, but because of the sheer size of it being an everything store.

Horeyseck said that the idea behind SellerX (and its many competitors, hopefully) is not to find the most successful companies of all, regardless of how they get there. Rather, its mission is to build a thriving business by focusing on the more interesting sellers that are doing well legitimately and using the Amazon framework to do it, but might lack the capital, expertise or appetite to stick with their enterprises longer term. The idea is to pick these up and apply SellerX’s own analytics and processes, and production relationships that it is building, to pick up these saplings and grow them into trees.

Horeyseck believes that this ultimately can be a win-win on all sides, for SellerX, the smaller merchant, and Amazon itself.

“I think basically everything we are doing will help Amazon have a better quality marketplace,” he said. “This is about creating strong D2C brands, where you get quality every time. Amazon needs that in its marketplace right now.”

Filip Dames, founding partner of Cherry Ventures, said in a statement, “The diverse seller landscape on Amazon provides a unique opportunity to acquire some category-winning, highly profitable products, empower them through technology, and build them into the next-generation consumer brands. The founders Malte and Philipp combine decade-long e-commerce and buy-and-build expertise, which uniquely positions them to capture this opportunity.” 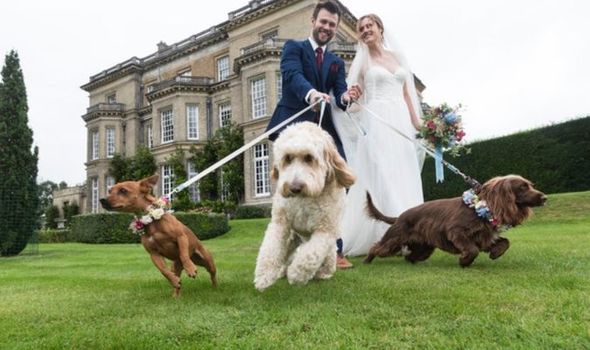