Last week, at TechCrunch’s robotics event at UC Berkeley, we sat down with four VCs who are making a range of bets on robotics companies, from drone technologies to robots whose immediate applications aren’t yet clear. Featuring Peter Barrett of Playground Global, Helen Liang of FoundersX Ventures, Eric Migicovsky of Y Combinator and Andy Wheeler of GV (pictured above), we covered a lot of terrain (no pun intended), including whether last-mile delivery robots make sense and how much robots should be expected to do without human intervention.

We also discussed climate change and how it factors into their bets, and why the many private enterprises focused on creating fully automated vehicles may need to do much more to empower the cities in which they plan to operate. You can find excerpts of our talk below. And for access to the full transcript, become a member of Extra Crunch. Learn more and try it for free.

TC: How do you think about investing in the here and now, versus the future (which is complicated for VCs, given that venture funds need to produce returns within a ten-year window, typically):

PB: One of the challenges with investing in robotics is that robotics companies do tend to take a lot longer to mature than your average enterprise SaaS company. There are some classes of investments that we know the technology works; it’s just a question of commercializing it and bringing it to market, and Canvas [a Playground-backed company that makes autonomous warehouse carts and was just acquired by Amazon] did an extraordinary job of finding a market that existed and had technology in hand that would solve that problem.

There’s other stuff like the amazing work that the folks are doing at Agility [Robotics] with a biped that can operate for many hours in unstructured human environments that today is really, candidly, a research robot, and to reach its long-term aspirations, there’s a whole other set of technologies that we’ll need to develop as the company matures.

We think about blending the stuff that’s very impactful but is going to take a long time because it’s fundamentally a new science and technology that needs to be created, [with] immediate applications of technologies that are proven today, that we’re deploying against real markets.

AW: As for whether we try to build a portfolio where there are exits at different stages, generally, when I’m looking to invest in a robotics thing, I understand that the timeframes can be fairly long, and so what we’re looking for are things that really are going to be very large opportunities — that can generate billion-dollar-plus exits.

TC: A growing number of small last-mile delivery robots has attracted funding. Helen, your firm is an investor in one of these startups, Robby. What’s the appeal?

HL: We look at where we see a pain point in the market. During our team meetings on Fridays, we always use DoorDash. It feels awkward when we order a $ 100 meal, and the delivery person has driven a long way. We’ll give him a $ 15, but it’s still [tricky for that person] in terms of economics. If you have a central station for the food delivery, and robots can handle that last-mile delivery, we think that’s a more cost-effective approach.

Robby has partnered with PepsiCo [to delivering snacks to students attending the University of the Pacific in Stockton, Ca.] that makes it more like a vending machine, and we think that’s an interesting market, too. We’ll see how fast adoption will happen.

EM: YC is an investor in Robby as well, and we think of this as kind of the perfect example of how hackers can get into a fairly complex industry. When you look at some robotics and specifically autonomous vehicles, you see extremely large investments going into some of the some of the big players, but then at the same time, you see groups and hackers that are able to use off-the-shelf technology to solve real problems that affect businesses or people, and build services or products that that are valuable. We’ve seen this over and over.

You don’t have to be looking for a large VC investment to compete in the space. It is possible to stay frugal stay nimble and build something on a small scale to demonstrate that you found a problem that people are willing to pay money to solve. Then, if you’re interested, [you can] pursue larger VC investment or not. It’s kind of open right now.

TC: VCs we’ve talked with in the past have suggested that in robotics, they often see cool ideas for which there isn’t necessarily a market or big market need. Is this also your experience?

PB: This is a common pattern where there was some mechanism, some capability of the robot, some feat of dexterity or something [and founders think, ‘That’s really cool, I’m going to make a company out of it.’ But we think about it in terms of, what do you want from the robots? What’s the outcome that everybody agrees is worthwhile? And then, how do you find and build companies to achieve those goals?

One thing we’re struggling with right now is that there’s no real hardware or software platforms. You think about 10 years hence [and] the kinds of things we’ll be investing in, [and it’s] robotics applications that are aggregates of neural networks and some explicit software bound together in some form that can be delivered, so a large enterprise can use an application and not have everybody start from first principles. Because right now, when you built a robotics application, you make all the hardware, you make all the software. All the intellectual and actual capital [money] gets dissipated, building and rebuilding those same things. So robotics applications over time will be investable, much more like the way we invest in software, and that will allow smaller units of creativity to produce useful products.

TC: Andy, how long do you think it’s going to take until we get there?

AW: I think I think we’re making we’re making steady progress on that front. To your earlier question, this space has a lot of folks that are building technology a bit in search of a problem. That’s a common thing in startups generally. I would encourage everybody who’s looking to build a startup in the space is to really find a burning business problem. In the course of solving those [problems], people will build these platforms that Peter was talking about, and we’ll eventually get there in terms of [founders] just having to focus on the application layer.

TC: There are so many buckets: delivery robots, self-driving trucks. Both relate in ways to the overarching problem for our age, which is climate change. How much do you factor climate change into the investing decisions that you make?

PB: When we look at applications and robotics in agricultural, a lot of [our questions are] around how do you deal with a minimum carbon footprint, [and] how you replace workers who are missing. And dealing with climate change will be increasingly be a central thought in what we want from our robots. [After all] what we want from them is the ability to maintain or improve the lifestyles we have without further unwinding the environment.

TC: We talked backstage, and you think we are over-indexing on autonomy as the answer.

PB: When we think about autonomy, it’s not clear how autonomy helps cities. . . There are absolutely applications for autonomy, [including] on a farm or in a logistics environment. I think we still really don’t know how to do Level 5 [which is complete automation, requiring zero human assistance]. And I don’t think we know whether it’s exponentially hard or asymptotically. I think it’s decades before there’s any significant Level 5.

[In the meantime, if] we cared about safety, we’d install roundabouts or lower the blood alcohol limit and not try and make a sentient vehicle that drives on the road the way we do, right?

I’d much rather see having the city collaborate with the vehicles and instrument the city to collaborate with clever vehicles for the benefit of everybody who lives there. But that’s not Level 5 autonomy as the way we think of it

EM: It’s slightly interesting that autonomous vehicles, specifically the individual passenger car, evolved in America, because it’s one of the countries that has the least public transport per capita. And that that’s one of the things that the industry has to acknowledge — that there are other options that can be blended into the transport solutions for cities.

It seems like it might be happening because it’s something that an individual can take somewhat control over. You can’t own a bus, but you can own or [rent] a self-driving car.

PB: Or [an electric] scooter or a bike, right. The future of mobility is going to be a blending of all of these things. But not taking advantage of a logistics platform in a city means you’re kind of doing it the hard way, trying to make a robot to have all the human priors required to drive safely. And it’s just not clear that we know how to do that yet.

TC: Andy, GV is a big investor in Uber. What what’s your thinking? Does the city need to be a kind of central brain in order for these private enterprises to work effectively?

AW: I don’t think it’s a strict requirement at all. We’ve seen success with with self-driving trials where the city is not super involved from an infrastructure perspective, I do think it makes it a lot easier if that’s the case, though. 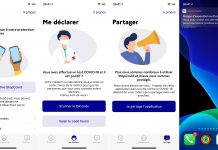 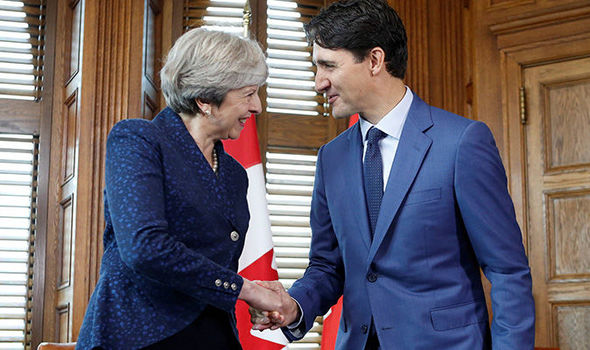