This hasn’t been a good week for challenger bank Revolut . The company, which offers digital banking services and is valued at $ 1.7 billion, confirmed today that embattled CFO Peter O’Higgins has resigned and left the business.

The startup and O’Higgins have been under pressure after a Daily Telegraph report revealed that Revolut switched off an anti-money laundering system that flags suspect transactions because it was prone to throwing out false positives.

According to the Telegraph, the system was inactive between July-September 2018, which potentially allowed illegal transactions to pass across the banking platform. Revolut did not contact the Financial Conduct Authority to inform the regulator of the lapse, Telegraph reporter James Cook said.

O’Higgins, who joined the company from JP Morgan three years ago, made no mention of the saga in his resignation statement:

Having been at Revolut for almost three years, I am immensely proud to have taken the company from £1m revenue to £50m revenue during this time. However, as Revolut begins to scale globally and applies to become a bank in multiple jurisdictions, the time has come to pass the reigns over to someone who has global retail banking experience at this level. My time at Revolut has been invaluable and I’m so proud of what myself and the team have achieved. There is no doubt in my mind that Revolut will go on to build one of the largest and most trusted financial institutions in the world.

In a separate statement received by TechCrunch, Revolut CEO Nik Storonsky said that O’Higgins had been “absolutely pivotal to our success.”

Update: Storonsky also responded to the Telegraph story with a blog post that denies any wrongdoing. He claimed Revolut suspended the use of “a more advanced sanctions screening system” and instead reverted to a previous one.

At no point during this time did we fail to meet our legal or regulatory requirements. We conducted a thorough review of all transactions that were processed during this time, which confirmed that there were no breaches. Unfortunately, this fact was not included in the original news story. This roll-out did not result in a breach of any sanctions or money laundering laws and requirements – so we did not send a formal notification to the regulator.

The resignation caps a terrible few days for Revolut, which was the subject of a report from Wired earlier this week that delved into allegations around its challenging workplace culture and high employee churn rate.

Those incidents included prospective staff being told to canvass for new customers as part of the interview process. The candidates were not compensated for their efforts, according to Wired. Revolut later removed the demands from its hiring processes.

Revolut is headquartered in the U.K., where it launched its service in the summer of 2015. Today, it claims over four million registered users across Europe — it is available in EEA countries — although its plans to extend its presence to other parts of the world are taking longer than expected.

The company said last year it aims to launch in Singapore and Japan in Q1 of this year — so far neither has happened — while it also harbors North American market plans. Entries to the U.S. and Canada were supposed to happen by the end of 2018, according to an interview with Storonsky at TechCrunch Disrupt in September, but they also appear to have been delayed.

Revolut is generally considered to be the largest challenger bank in Europe, in terms of valuation and registered users, but other rivals include N26, Monzo and Starling. Even TransferWise, the global remittance service, now includes border-less banking features and an accompanying debit card. 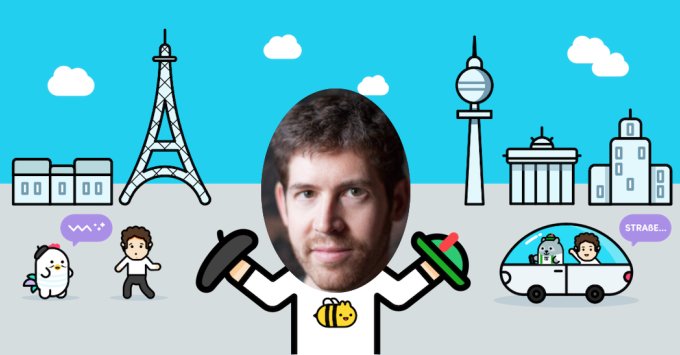 Mapillary, the crowdsourced database of street-level imagery, has been acquired by...