Tilray, a five-year-old, British Columbia-based medical cannabis company that sells its products to patients, researchers, pharmacies and even governments, saw its shares get high (sorry) on the Nasdaq today, after the company priced 9 million shares at $ 17 apiece and watched them soar, closing at $ 22.39, a jump of slightly more than 32 percent.

It was the first cannabis company to conduct a U.S. IPO, and in the process it raised $ 153 million, capital it will reportedly use in part to fuel its marijuana growing and processing facilities in Ontario.

The momentum behind Tilray is a huge win for the cannabis industry, which has been growing like a weed (sorry again). Related startups attracted $ 593 million in funding last year, twice what they raised in 2016 and a meaningful jump from the $ 121 million invested in related startups in 2014, according to CB Insights. Among the different types of companies to garner investor dollars, shows CB Insights’ research, are: startups focused on research or distribution of medical marijuana products (as with Tilray); tools for ensuring compliance with state and federal marijuana laws; startups focused on payments for marijuana companies; startups collecting data and producing marketing insights about the industry; and companies creating novel strains and types of marijuana using new farming techniques.

Tilray’s performance today is also a very positive signal for Seattle-based Privateer Holdings, a private equity firm that owned 100 percent of the startup as it headed into its offering. In fact, Privateer’s CEO, Brendan Kennedy, is also the CEO of Tilray. (Cannabis companies are weird.)

Privateer has itself raised more than $ 200 million since its founding in 2010, including from Founders Fund and Subversive Capital, and it has used that money to finance, acquire and incubate companies. While it incubated Tilray, for example, it also owns Leafly, a large cannabis information resource that it acquired in 2011. Another of its portfolio companies is Marley Natural, a Bob Marley-branded cannabis line that it launched in partnership with the Marley’s estate and that sells a line of cannabis strains, smoking accessories and even body care products.

It isn’t exactly clear how much Privateer had sunk into Tilray (we have a press request into the company). Tilray announced C$ 60 million in Series A funding back in February, money it said had come from a “group of leading global institutional investors.” But according to its S-1, it was solely owned until today by Privateer.

What we do know: Tilray remains unprofitable, reporting a net loss of $ 7.8 million last year. The company also cannot sell its products in the U.S. market, given that marijuana remains illegal under federal law, even though 30 states and Washington, D.C. have legalized it in some form. The reason: The U.S. government classifies marijuana as a schedule 1 drug, meaning it’s considered to have no medical value and a high potential for abuse.

That could change, but as this Vox explainer makes clear, a review process for the current schedule would need to be initiated by either the U.S. Secretary of Health and Human Services or the Attorney General, and current Attorney General Jeff Sessions despises marijuana, saying once that “Good people don’t smoke marijuana.”

He seems to be among a dwindling minority. According to a Gallup Poll published last October, 64 percent of Americans favor legalization.

How ‘clever’ Kate makes sure she gets best of the Queen’s...

More legal uncertainty for Privacy Shield ahead of crux ruling by... 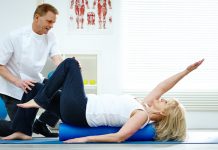 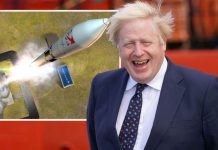 Evervault’s ‘encryption as a service’ is now open access 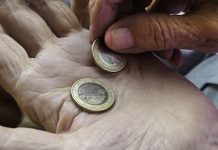 Most often, consumer loans are issued to cover payments for medications...