Its assessment was published today by the government, which will now need to decide whether to ask the Competition and Markets Authority (CMA) to carry out an in-depth probe into the proposed acquisition.

In the executive summary of the CMA’s report for the government the watchdog sets out concerns that if the deal were to go ahead the merged business would have the ability and incentive to harm the competitiveness of Nvidia’s rivals by restricting access to ARM’s IP which is used by companies that produce semiconductor chips and related products, in competition with Nvidia.

The CMA is worried that the loss of competition could stifle innovation across a number of markets — including data centres, gaming, the “internet of things”, and self-driving cars, with the resulting risk of more expensive or lower-quality products for businesses and consumers.

A behavioral remedy offered by Nvidia was rejected by the CMA — which has recommended moving to an in-depth “Phase 2” investigation of the proposed merger on competition grounds.

Commenting in a statement, CEO Andrea Coscelli said: “We’re concerned that Nvidia controlling Arm could create real problems for NVIDIA’s rivals by limiting their access to key technologies, and ultimately stifling innovation across a number of important and growing markets. This could end up with consumers missing out on new products, or prices going up.

“The chip technology industry is worth billions and is vital to products that businesses and consumers rely on every day. This includes the critical data processing and datacentre technology that supports digital businesses across the economy, and the future development of artificial intelligence technologies that will be important to growth industries like robotics and self-driving cars.”

Nvidia has been contacted for comment. Update: The company has now sent this statement:

We look forward to the opportunity to address the CMA’s initial views and resolve any concerns the Government may have. We remain confident that this transaction will be beneficial to Arm, its licensees, competition, and the UK.

In a statement on its website, the Department for Digital, Media, Culture and Sport said the U.K.’s digital secretary is now “considering the relevant information contained in the full report” and will make a decision on whether to ask the CMA to conduct a ‘Phase Two’ investigation “in due course”.

“There is no set period in which this decision must be made, but it must take into account the need to make a decision as soon as reasonably practicable to reduce uncertainty,” it added.

The proposed merger has faced considerable domestic opposition with opponents including one of the co-founders of ARM calling for it to be blocked. 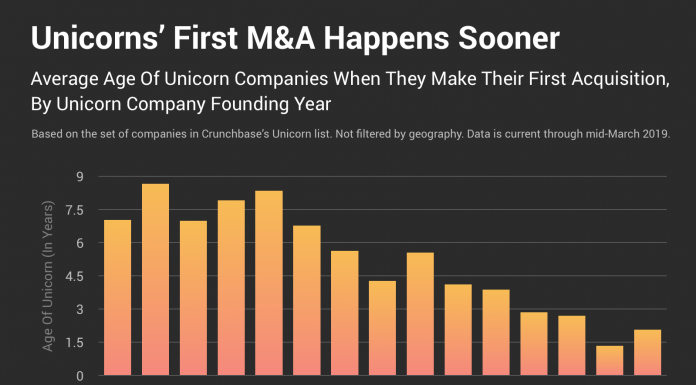 ‘No, no, no!’ Dominic Raab hits back at the BBC’s Andrew Marr in fierce...

HTC debuts original Ready Player One content for the Vive