We like to buy things online ranging from e-commerce stores to subscription-based sites. However, no one enjoys the hassle when you have to always re-log into different sites and stores. I mean, shopping can be a whole lot more fun if a fast logging and checkout system existed across all your favorite online stores.

In the U.S., high-flying startup Fast already caters to this need. Although the company is building a global product, it is limited in Africa, and OurPass has taken an interest to build one for the market.

The Nigeria-based startup, which describes itself as the “Fast for Africa”, has also closed a $ 1 million pre-seed round to scale across the country. The round was led by Tekedia Capital and angel investors from Fortune 500 companies, the company said.

E-commerce checkout problem is one founder and CEO Samuel Eze is familiar with, but through a second-hand experience.

“I watched my mother struggle to shop online where I saw her set up multiple accounts on different platforms while going through a rigorous checkout process,” he told TechCrunch in an interview. “In many cases, she ended up dropping the card and moving on to a different online store. Seeing the same pattern happen with other friends and family, I had to dive into it and found that it was actually a major headache for consumers and online retailers.”

Nigeria’s e-commerce market is still heavily reliant on cash on delivery. In fact, as of 2019, 70% of Nigerians in a survey said they prefer cash on delivery options to making online payments.

But the narrative is slowly changing with the likes of Paystack and Flutterwave, making it easier for merchants to collect online payments.

Per Statista, 27% of online payments made on e-commerce sites are now carried out with cards, topping cash and bank transfers as the most common payment method.

Yet checkout still remains a major issue for merchants. Yearly, about 75% of shopping carts are abandoned due to how cumbersome the checkout experience can be with long forms and re-log ins.

Attempting to tackle this challenge, OurPass provides a mobile application that enables consumers to shop with one click. The first time consumers sign up on the OurPass platform, they enter their names, email and shipping addresses. OurPass then creates an identity for each customer, which is passed across every online store they shop.

“We built an identity layer across the web to enable consumer identity to be sent across to every single online store they go to check out from,” said Eze.

In essence, OurPass customers would not need to fill out any form anymore and do not have to deal with re-logging issues. But here’s the thing: they can only shop with merchants that have OurPass API linked to their platforms. And that’s a big ask.

So why has OurPass decided to go this route of creating its own ecosystem of merchants and consumers? For instance, in Fast’s case, only the merchants need to install Fast Checkout, while users can access the service via an e-commerce or merchant’s website. But for OurPass, users need to download an application and shop with merchants using the platform.

Initially, OurPass allowed users to fill in their payment card details when completing their forms for the first time without the need to download an application. But after several instances of payment gateways flagging many cards used by OurPass consumers and failed card transactions, the company chose to adopt a wallet strategy and created an application for consumers.

“We did not want to defeat our USP of one-click checkout by allowing consumers to try to check out in one-click only for them to see their cards flagged as fraudulent,” Eze said. “Hence the reason why we had to build our system on a wallet system to enable that one-click checkout.”

That means consumers and merchants are assigned virtual account numbers to be used in a wallet. For consumers to check out from a store, they’ll need to fund their wallets, and once they check out, the money moves into the merchants’ wallets. Eze says this helps OurPass capture value end to end and offers instant settlement of payments which, according to him, was not the case with payment gateways.

OurPass has gathered a few merchants on its platform. Most of its clients are small businesses that use Storemia, an online storefront provider OurPass acquired recently. The company also plans to work with merchants on e-commerce platforms, including WooCommerce, Magento, Squarespace and Shopify in the future and social commerce platforms like WhatsApp, Facebook and Instagram.

Alongside its one-click checkout, OurPass also offers free delivery on all orders for customers. The company partnered with logistics companies like MAX.ng and Gokada to execute on this front.

The one-year-old company charges 0.8% per transaction, capped at N1,000 (~$ 20) for merchants and a commission of 5% on every product sold — Eze also hints at a plan for the company to introduce subscriptions.

Since beta launching in May this year, OurPass claims to have done $ 500,000 in transaction value and hopes continuous growth will see it become the go-to platform for consumer checkout in Nigeria by 2023.

Per use of funds, Eze says OurPass will develop its technology and grow its team to up to 200 people before the end of next year.

Royal feud: Fans turn on Piers Morgan after he launches another...

Enter new markets and embrace a distributed workforce to grow during... 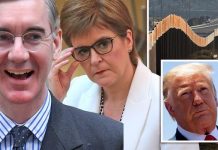 Nicola Sturgeon mocked by Rees-Mogg for ‘modelling herself on Trump’ with... 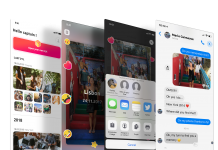 Zyl raises $1.1 million to resurface old memories from your photos 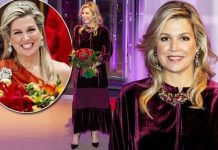 Mike Judge to join us at Disrupt SF 2018