Croatia has not exactly been known for a huge startup scene in the past, and probably the most famous tech company out of there in recent years has been Rimac Automobili, the startup out of Zagreb that created an electric supercar to rival anything Porsche might make. But the technical talent in the country remains high, as is the way with many Eastern European countries, which have a long and deep heritage of engineering and science going back to the bad old Soviet days.

Croatia is about to get a shot in the arm, however, with the arrival of a home-grown dedicated VC fund, Fil Rouge Capital, which plans to invest in young entrepreneurs, startups and scale-up companies, as well as establishing a local entrepreneurial ecosystem in Croatia.

The fund is fully operational as of last month, having received funding commitments of more than €42 million ($ 46.6 million), demonstrating a strong interest of investors in the growing startup economy there.

Stevica Kuharski, of the firm, says: “Startups need to be given an opportunity, and opportunities are precisely what Fil Rouge Capital brings to Croatia. Startup founders, whose projects are in very early, early and growth stages now have a place to go to for mentoring and financial support.”

He says Fil Rouge will invest in a variety of sectors, including software, fintech, marketplace, manufacturing, hardware, IOT and logistics.

The fund aims to run over the next four and a half years until the end of 2023, and plans to invest in up to 250 companies operating in Croatia through its three investment stages: “The Startup School” for super-early-stage companies; “The Accelerator Program” for companies that are still early but already up and running; and more full-blown institutional funding-ready companies requiring capital up to €1.5 million. 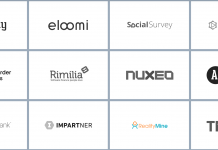