Israeli startup Nanox has big ambitions to take on the world of medical imaging and imaging analytics with hardware that reduces the size and cost of scanning equipment, plus software that improves the quality of images and the insights you can gain from them. Today, Nanox is announcing another big step ahead in that plan: it has raised another $ 59 million in funding, closing out its Series B at $ 110 million, to continue building its full-body scanning hardware and securing more customers after already securing deals in 13 countries.

The money is coming from a range of strategic investors that include SK Telecom, Industrial Alliance (the Canadian insurance group), Foxconn and Yozma Korea, and it has arrived swiftly on the heels of $ 51 million delivered in two tranches, the most recent being $ 20 million in June from strategic investor SK Telecom, which is building a factory to manufacture Nanox hardware in South Korea (there is another factory in Japan).

Nanox is not disclosing its valuation, but in June, it was $ 600 million, and from what we understand, this is likely to be the company’s last fundraise before it goes public, although a timeline for that has not been set (and never say never in the world of startup funding, of course).

Ran Poliakine, Nanox’s founder and CEO, said in an interview that today the startup makes the majority of its revenues from licensing deals: it provides IP to manufacturers like Foxconn, SK and Fuji (another investor) to build devices based on its concepts, and the plan is to have some 15,000 scanners out in the market over the next several years.

Longer term, Nanox is seeing regulatory approval across all markets where the machines are in place to start to roll out the services side of its business, providing insights into the imaging that is sourced by way of the hardware — a process that is in play but has been delayed due to the spread of the coronavirus (and the subsequent slowdown of many processes, such as getting regulatory approvals and clearance).

This services aspect of Nanox’s business is particularly interesting, as it underscores a major shift in how medical services are delivered and will be delivered in the future.

Namely, the rise of more powerful communications networks and better technology for imaging, and the high overhead of employing people and keeping costly equipment up to date, has led to a wave of deals where hospitals and others are outsourcing some of the analytics work away from on-site labs to remote facilities. And that has led to a surge of businesses looking to tap into the new opportunities arising out of that.

“Telecoms carriers are looking for opportunities around how to sell 5G,” said Ilung Kim, SK Telecom’s president, in an interview in June. “Now you can imagine a scanner of this size being used in an ambulance, using 5G data. It’s a game changer for the industry.”

This means that, even as it is waiting for regulatory clearance, Nanox is already signing on customers for this service — a sign of the times and the demand in the market. Most recently, it inked a deal with USA Radiology, which will be using the tech for a scan-as-a-service business across the U.S. as well as in 15 other countries.

Nanox, of course, benefits on two sides with those deals: not only is it licensing its tech for the services, but it’s getting licensing fees connected to the hardware that’s being built and sold to use them.

As we have described before, the Nanox system is based around proprietary digital X-ray technology, a relatively new area in imaging that relies on digital scans rather than X-ray plates to capture and process images. Nanox’s flagship ARC hardware comes in at 70 kg compared to 2,000 kg for the average CT scanner, and production costs are around $ 10,000 compared to $ 1-3 million for the CT scanner.

In addition to being smaller (and thus cheaper) machines with much of the processing of images done in the cloud, the Nanox system, according to Poliakine, can make its images in a fraction of a second, making them significantly safer in terms of radiation exposure compared to existing methods. This makes it easier and cheaper to own the machines, as well as to take regular scans with them, covering not just one small area of the body but the full length of it, which opens the door also to gaining more insights. Nanox today is working on that, but is also partnering with institutions that are building complex algorithms to “read” better and more accurate insights into those images.

Nanox’s proposition is particularly compelling at the moment. As we’ve pointed out before, imaging has been in the news a lot of late because it has so far been one of the most accurate methods for detecting the progress of COVID-19 in patients or would-be patients because of how the illness impacts patients’ lungs and other organs.

But on the other hand, the global health pandemic, and the push to keep people physically away from each other, has also pointed to a big need in the healthcare community for services that make it easier to diagnose patients remotely, putting Nanox and its approach right at the heart of how all of medicine and healthcare seem to be evolving.

That’s provided that Nanox gets the necessary regulatory approvals for services so that it can take its business to the intended next level.

“It is easy to say that we are aiming to change the world,” Poliakine said in a statement. “The main challenge with such statements is always the execution. We have a bold vision of helping to eradicate cancer and other disease by means of early detection. We are actively working for the deployment of a global medical imaging service infrastructure that may turn this dream into reality.” 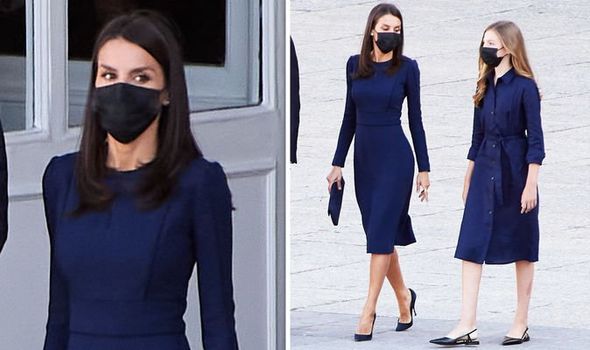 Does your gym kit need a high-tech makeover?

Why is Didi worth so much less than Uber?