As grocery shopping moves online, one piece of the puzzle hasn’t been directly addressed: fresh fruits and vegetables. That also happens to be a category in which there is a ton of food waste, with a good deal of fruits and veggies never making it out of the grocery store to begin with.

Misfits Market has raised $ 16.5 million in Series A to handle just that.

Greenoaks Capital led the round, but Misfits isn’t disclosing other participants in the financing. Other Greenoaks Capital investments include Deliveroo, OYO, Clover Health, Brex and Discord.

Misfits Market offers a subscription box of “ugly” fruits and veggies, the ones with blemishes or odd shapes that make a grocery shopper think twice before checking out, each week.

Misfits sources these fruits and veggies straight from farms. This means that the extra time spent shipping them to a grocery store, and then sitting on shelves, is eliminated from the equation with Misfits.

Currently, Misfits Market offers two different box options. The smaller box, called The Mischief, includes 10 to 12 pounds of fruits and veggies each week for $ 23.75 à la carte, or less than $ 20 as a weekly subscription. The Madness, Misfits’ bigger box, includes 18 to 20 pounds of fresh fruits and veggies for $ 42.50 as a one-time purchase, or for $ 34 as a subscription.

Users can pause their weekly subscription or cancel at any time.

CEO and founder Abhi Ramesh said the idea for Misfits Market started when he visited a farm a few years ago. The farmer was collecting apples that he said weren’t of the grade he could sell to grocery stores or farmers’ markets, and that they’d either be given away to neighbors or thrown away.

“That was my sort of romanticized light bulb moment,” said Ramesh.

He was fascinated and started interviewing farmers in the north east and asking them how much of their produce ended up going to waste because it wasn’t pretty enough for grocery stores. The answer was consistently between 20% and 40%.

Ramesh says there is an opportunity down the line to expand beyond fruits and veggies, but that for now the company is laser-focused on that category.

Since launching in 2018, Misfits has sent out 5 million pounds of produce that would have gone to waste otherwise.

Despite flat growth, ride-hailing colossus Didi’s US IPO could reach $70B

Kate Middleton’s £1,300 dress honours Canada as she and William make... 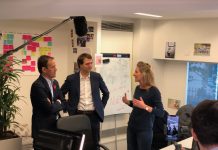 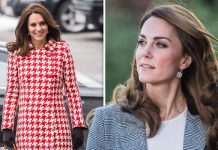 How Kate Middleton has solidified royal style with ‘nothing but grace... 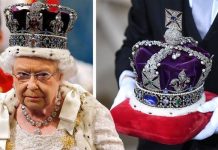 How much is the Imperial State Crown worth? Queen’s coronation crown...

Reap big benefits when you attend both TC Early Stage 2021...