Mercari, the eBay-like service that is Japanese first tech startup unicorn, has filed to go public in an IPO that could raise as much as $ 1.1 billion.

The company is scheduled to list on the Toyko Stock Exchange’s Mothers Market — a board for high-growth companies — on June 19.

The company reached the symbolic $ 1 billion valuation mark in 2016 when it raised a $ 75 million Series D. In doing so it became the first Japanese tech startup to become a pre-IPO unicorn. Earlier this year, that valuation jumped to $ 2 billion following a $ 47 million investment.

The five-year-old company operates an online ‘flea market’ that lets consumers sell unwanted goods with a focus on mobile.

Japan is its core market, but the company expanded into the U.S. in 2014 and last year it entered Europe, initially via the UK. It boosted its overseas strategy in June 2017 when it hired former Facebook executive John Lagerling as its first chief business officer to guide its global strategy.

The business passed 100 million downloads worldwide at the end of 2017. Mercari said that over 30 million downloads are in the U.S., with more than 60 million in Japan. Speaking earlier this year, CEO Shintaro Yamada — who sold his previous startup Unoh to gaming firm Zynga in 2010 — said success in the U.S. is essential if Mercari is to become an international player.

It’s common for Japanese startups to go public, but it traditionally tends to happen much earlier than in the U.S or other parts of the world. That’s often times down to investors — who seek to reduce the risk of their money not returning — and a relative lack of capital for startups, but Mercari has held out longer than most and that might set an example for future companies.

For another thing, the return on investment is impressive for many of Mercari’s backers, according to data from 500 Startups partner Yohei Sawayama — who tweeted out JPY estimates for potential returns.

Beyond helping return a fund for investors, there’s also a belief that the financial windfall of the IPO will make its way back into Japan’s startup ecosystem to provide a wider boost for the country.

“This is an amazing win for Japan’s startup ecosystem. Mercari has had a gravitational pull of some of the best talent in Japan over the last few years. And these folks got to experience scaling a unicorn first hand,” James Riney, who leads 500 Startup’s $ 35 million Japanese fund, told TechCrunch.

“I wouldn’t be surprised if a “Mercari mafia” of incredible founders rise after this IPO. I can’t wait to back them!” Riney added. 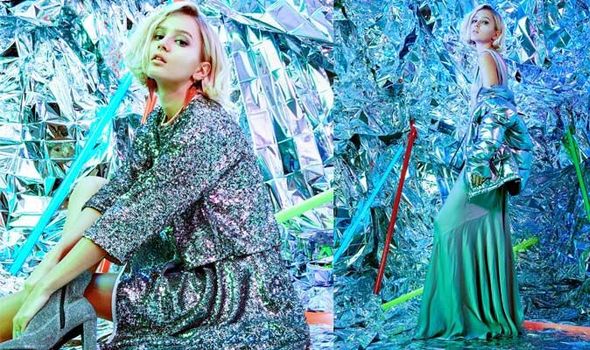 Out of this world! Space Age fashion from Debenhams, Miss Selfridge, Next, Asos, Boohoo

Syncron, a SaaS to help manufacturers move to a service model,...