During the Summit on the initiatives of the “Three Seas” in Warsaw, where the heads of state of Central and Eastern Europe met with the President of the United States of America.

Despite the fact that the official bilateral meeting of heads of state did not take place, the President of Latvia, Raimonds Vejonis, informed US President Donald Trump of those Issues that Latvia considered important in the relationship between the EU and the United States.

We’d like to remind that during the main speech at the event, Trump publicly supported the unilateral treaty of NATO on universal mutual defense, in spite of the fears of the allies that the US security system failed.

“The United States has demonstrated not only words, but also actions,” said Trump

Simple steps to prevent pneumonia are a big opportunity for hospitals...

Crisis for Theresa May as Johnny Mercer ‘on strike’ in DEFIANCE... 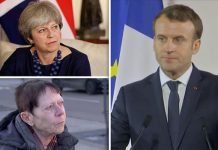 French pensioner says border should be moved ‘back to Britain’ as... 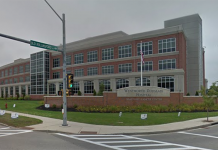 The minimum wage remains the same…