The ICSID registered the application received from Latvia on September 4, 2018. The cancellation procedure will be considered by a committee of three people, who will be appointed by the chairman of the Administrative Council of International Arbitration from the ICSID panel of arbitrators.

In the cancellation procedure, the interests of Latvia are represented by the State Chancellery and the law firm Freshfields Bruckhaus Deringer LLP.

Compensation, which the arbitration in Washington awarded in favor of “E energija”, in the amount of 3.7 million euros, is almost half what the company requested when filing a lawsuit (EUR 7.24 million).

The company “E Energija” in accordance with the agreement with the municipality of Rezekne, estimated for 30 years, invested in the modernization of the thermal economy of the city of Rezekne for the period since 2004. In 2008, the local government announced an extreme situation and terminated the contract for long-term lease of the thermal facilities ahead of schedule, taking over the modernized property of the local government and the company’s property without reimbursement for investments.

The company had been negotiating with Latvia about compensation for two years without result. In 2012, “E Energija” applied ICSID with the requirement of 7.24 million euros compensation.

After the incident, Rīgas siltums (RS, Riga heating) for more than a month stopped the operation of four house boilers – in Daugavgriva, Vecmilgravis, Ziepniekkalns and Zasulauks. None of them raised the level of radiation, but workers were given radiation meters and conducted special training. Also, the radiation gates were monitored.

The origin of the problematic load of wood shavings soon became clear. After a long rain last autumn the forestry declared a force-majeure position. Local entrepreneurs were no longer able to deliver the shavings, and the order was taken by the company R Grupa, which imports the shavings.

Cooperation of “R grupa” with RS continues until October of next year, as the company won the tender for fuel delivery for the heating season for this year. The contract is not planned to be interrupted.

As the member of board of RS Rajvis Ellins has said, the enterprise believes, that shavings (to be exact – one pressed container), are taken from a certain radioactive place. “Earlier, the level of radioactivity was not determined in the contracts, now it is done, I think that it is already financially unprofitable for them to deliver this cargo, we simply will not accept it, so there is no danger,” he said.

The Center for Radioactive Safety of the State Environment Service advises that the contaminated ash should not be destroyed as dangerous, but mixed with ordinary ash before being ejected at the ecological test site Getlini in order to reduce the level of radiation concentration therein. Such a recommendation was made based on the practice of Lithuania.

Minister of Economy Arvils Aseradens (Unity) believes that such advice is not correct. “Soon it will be necessary to give a clear answer, how it happened, how radiation could have come about in cooperation with third countries.” Radiation is not a joke, we know what consequences it can bear, “the minister said.

The broadcast found out that this summer increased radioactive radiation revealed in cargo of another private enterprise. On June 12, the container of wood chips ash of the enterprise Rīgas enerģija was not allowed to enter the Getlini test site: the contamination level was the same as that of the RS.

RS Chairman Vyacheslav Stepanenko noted that he could not comment on this case, because his competence was limited only to RS. However, he admitted that the shavings came from the same suppliers.

This year the enterprise Rīgas enerģija has lost the permission

M&S Beauty Advent Calendar SOLD OUT – here’s how you can...

How do you solve a problem like North Korea? Russia &... 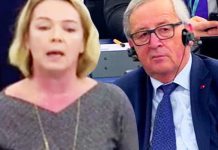 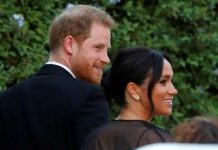 What to make of Stripe’s possible $100B valuation 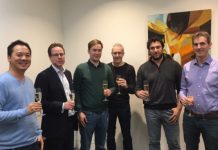 The total number of taxpayers has decreased