Zen Rooms, the budget hotel network startup founded by Rocket Internet, had faced the deadpool earlier this year after a prospective funding deal collapsed, but now the business appears to have found a home. Korea’s Yanolja, a popular motel brand that has branched out into app-based hotel bookings, has made a strategic investment that could see it fully acquire the business.

Ten-year-old Yanolja is initially paying $ 15 million for an undisclosed “strategic non-controlling stake,” but it will retain the rights to buy 100 percent of the Zen Rooms business. Zen Rooms clarified that the acquisition is an option and not based on performance or financial metrics.

Founded by a former hotel worker, Lee Su-jin, Yanolja is best known for its lovel hotels although it is trying to clean up the general image of short-stay hotels by promoting them as destinations for business travelers, tourists and families, as noted by a Bloomberg profile story. The company has also grown its own app-based booking service which among the most used in its homeland with 20,000 rooms.

The company is reportedly planning an IPO, so expansion is on its mind.

For those reasons, Zen Rooms fits that new focus. The company borrowed the budget hotel model, first pioneered by SoftBank-backed Oyo in India, and brought it to Southeast Asia when it launched three years ago. The concept is simple, Zen Rooms guarantees minimum standards at all hotels including free WiFi, fresh towels and bedding, hot showers, etc all of which is controlled via a mobile app. Those standards are normal to most hotel stayers, but when traveling in the East, standards can vary wildly especially at budget hotels, which Zen Rooms is focused on.

For hotels, Zen Rooms manages the brand — and sometimes more — and it allows helps them tap the internet to find customers and bookings.

Today, Zen Rooms is active in six cities in Southeast Asia — it had previously also run operations in Brazil, Hong Kong and Sri Lanka — across which it claims to operate 1,000 hotel franchisees with an inventory of more than 7,000 rooms. Its rivals in Southeast Asia include Red Doorz, which raised $ 11 million earlier this year.

The startup has raised $ 8 million from investors to date, including a $ 4.1 million Series A last April that was led by Korea’s Redbadge Pacific and SBI Investment Korea with participation Asia Pacific Internet Group (APACIG), the joint venture fund in Asia between Rocket Internet and Qatari operator Ooredoo.

However, TechCrunch understands that a major funding deal of over $ 10 million fell apart in Q1 2018 which left the company with a rapidly depleting runway. As a result and as TechCrunch reported in March, the company was aggressively shopped to potential buyers, investors and rival companies in order to keep the business afloat.

Yanolja has come to the rescue but a full buy-out looks like it will be dependent on the company’s future performance, such is often the arrangement with strategic deals made with a view to full ownership. Rocket Internet, which remains a major investor in Zen Rooms, will hope that the deal goes as smoothly as Lazada, its e-commerce service that is now owned by Alibaba.

Lazada ran out of capital in similar circumstances in early 2016 and Alibaba, the Chinese internet giant, came to its aid with a $ 1 billion investment. Although that was a majority investment it wasn’t a full-on buyout. Alibaba later increased its holdings until it fully owned the business, and today it is a key part of the firm’s overseas expansion strategy.

Already, TechCrunch understands from one source that Zen Rooms has gone on a hiring spree in recent weeks after it closed the deal. It had earlier been forced to make cutbacks to its team as a result of cost-cutting following the collapse of the funding deal earlier in the year.

“We now have the capital to invest,” ZenRooms co-founder Kiren Tanna told TechCrunch. “The deal has been in discussion since earlier this year…. we are treating like an acquisition but this is step one.”

Tanna added that the company plans to focus on five markets in Southeast Asia, and an expansion to Vietnam may be in the pipeline soon. 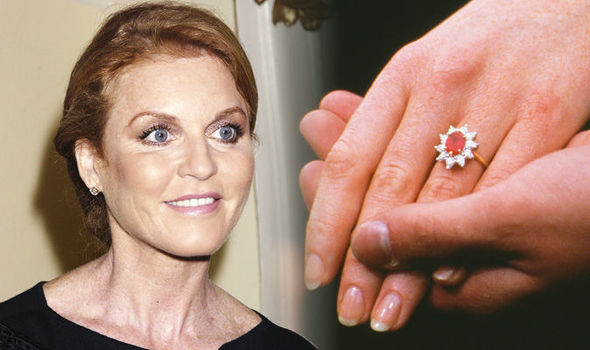 How much is Sarah Ferguson’s ruby engagement ring worth?

Big Tech is now worth so much we’ve forgotten to be...