KeepTruckin, a hardware and software developer that helps trucking fleets manage vehicle, cargo and driver safety, has just raised $ 190 million in a Series E funding round, which puts the company’s valuation at over $ 2 billion, according to CEO Shoaib Makani.

G2 Venture Partners, which just raised a $ 500 million fund to help modernize existing industries, participated in the round, alongside existing backers like Greenoaks Capital, Index Ventures, IVP and Scale Venture Partners and funds managed by BlackRock.

KeepTruckin intends to invest its new capital back into its AI-powered products like its GPS tracking, ELD compliance and dispatch and workflow, but it’s specifically interested in improving its smart dashcam, which instantly detects unsafe driving behaviors like cell phone distraction and close following and alerts the drivers in real time, according to Makani.

The company says Usher Transport, one of its clients, says it has seen a 32% annual reduction in accidents after implementing the Smart Dashcam, DRIVE risk score and Safety Hub, products that the company offers to increase safety.

“KeepTruckin’s special sauce is that we can build complex models (that other edge cameras can’t yet run) and make it run on the edge with low-power, low-memory and low-bandwidth constraints,” Makani told TechCrunch. “We have developed in-house IPs to solve this problem at different environmental conditions such as low-light, extreme weather, occluded subject and distortions.”

This kind of accuracy requires billions of ground truth data points that are trained and tested on KeepTruckin’s in-house machine learning platform, a process that is very resource-intensive. The platform includes smart annotation capabilities to automatically label the different data points so the neural network can play with millions of potential situations, achieving similar performance to the edge device that’s in the field with real-world environmental conditions, according to Makani.

A 2020 McKinsey study predicted the freight industry is not likely to see the kind of YOY growth it saw last year, which was 30% up from 2019, but noted that some industries would increase at higher rates than others. For example, commodities related to e-commerce and agricultural and food products will be the first to return to growth, whereas electronics and automotive might increase at a slower rate due to declining consumer demand for nonessentials.

Since the pandemic, the company said it experienced 70% annualized growth, in large part due to expansion into new markets like construction, oil and gas, food and beverage, field services, moving and storage and agriculture. KeepTruckin expects this demand to increase and intends to use the fresh funds to scale rapidly and recruit more talent that will help progress its AI systems, doubling its R&D team to 700 people globally with a focus on engineering, machine vision, data science and other AI areas, says Makani.

“We think packaging these products into operator-friendly user interfaces for people who are not deeply technical is critical, so front-end and full-stack engineers with experience building incredibly intuitive mobile and web applications are also high priority,” said Makani.

Much of KeepTruckin’s tech will eventually power autonomous vehicles to make roads safer, says Makani, something that’s also becoming increasingly relevant as the demand for trucking continues to outpace supply of drivers.

“Level 4 and eventually level 5 autonomy will come to the trucking industry, but we are still many years away from broad deployment,” he said. “Our AI-powered dashcam is making drivers safer and helping prevent accidents today. While the promise of autonomy is real, we are working hard to help companies realize the value of this technology now.”

Mobility startups can be equitable, accessible and profitable 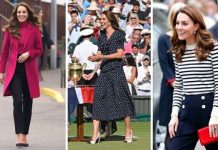 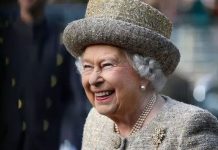 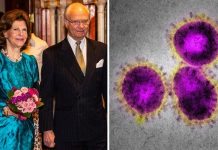