Jeffrey Katzenberg’s new mobile video startup NewTV, now headed by CEO Meg Whitman, has closed on a billion in new funding in round led by Meg Whitman and Jeffrey Katzenberg, the company has confirmed. WndrCo, Katzenberg’s tech and media holding company, officially announced the round’s close on Tuesday, following last month’s report from CNN which had first leaked the news of the billion-dollar investment.

CNN’s report had attributed the funding to investors like Disney, 21st Century Fox, Warner Bros, Entertainment One and other media companies, noting they had put in a combined $ 200 million.

“More so than ever, people want easy access to the highest quality entertainment that fits perfectly into their busy, on-the-go lifestyles,” said Meg Whitman, CEO of NewTV, in a statement. “With NewTV, we’ll give consumers a user-friendly platform, built for mobile, that delivers the best stories, created by the world’s top talent, allowing users to make the most of every moment of their day.”

NewTV had not shared much detail about its ambitions ahead of this fundraise, beyond its bigger goal of reinventing TV for the mobile era. Specifically, it’s interested in taking the sort of quality programming you’d find on a service like Netflix, broken up into smaller, bite-sized videos of 10 minutes or less – designed specifically for mobile viewing.

In an interview with Variety, the company has now disclosed that NewTV will launch later in 2019 with a premium lineup of original, short-form series where each episode is 10 minutes long. The service will include both an ad-supported tier and an commercial-free plan, similar to Hulu.

Its original content will include both scripted and unscripted shows, like sitcoms, dramas, reality shows, and documentaries, but not live TV like you’d find on Sling TV or YouTube TV, for example. NewTV will partner with producers to license their programming, but it won’t own or produce shows itself.

Katzenberg also positioned NewTV – which the company says is only the “working title” for now – as something that’s not a direct competitor with Netflix, Hulu, or HBO, but is rather “a different use case.”

As he told Variety, the difference isn’t just the length of the content, but that the NewTV platform itself will be built from scratch for the mobile viewing experience.

In terms of distribution, NewTV will look to telco partnerships.

This could be attractive to some players, who are concerned by the implications of the AT&T / Time Warner merger – after all, AT&T is already leveraging its new asset to run not one, but two streaming TV services. Meanwhile, Verizon, TC’s parent company by way of Oath, could also be looking for a better entry into the market following the closure of its own new-fangled mobile video service, go90, whose failure cost it $ 658 million.

That being said, NewTV – however clever the format or the app it runs in – will still have to compete for viewers’ time – and a lot of that time today is spent watching streaming services’ programming, even if NewTV doesn’t think of them as rivals. In addition, younger people also stream YouTube videos, which are often short-form, original programs, too. And while they may not be of “HBO quality,” that doesn’t seem to matter to the audience.

WndrCo has raised $ 750 million prior to this round, much of which had also been invested in NewTV. The company has additionally backed other tech and media startups, including  Mixcloud, Axios, Node, Flowspace, Whistle Sports, and TYT Network. 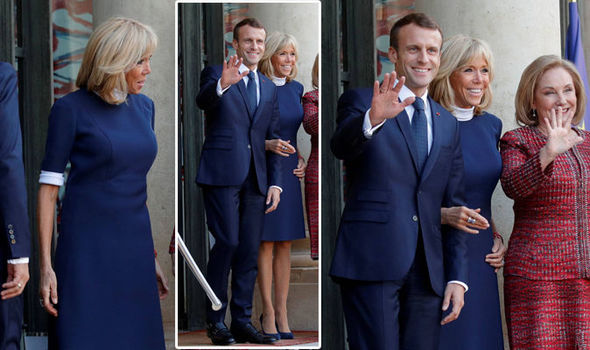 Leapfin raises $4.5M to help companies track revenue while keeping its own profitability in view

Aire raises $11M Series B to give credit scoring an ‘upgrade’

Even with double the subscribers, Spotify says Apple will always have...