Paidy, a fintech startup that enables Japanese consumers to shop online without using a credit card, announced today that it has raised a $ 55 million Series C. The round was led by Japanese trade conglomerate Itochu Corporation, with participation from Goldman Sachs.

The Tokyo-based startup says this brings its total funding so far to $ 80 million, including a $ 15 million Series B announced two years ago. One notable fact about Paidy’s funding is that it’s raised a sizable amount for Japanese startup, especially one with non-Japanese founders (its CEO and co-founder is Canadian and Goldman Sachs alum Russell Cummer, left in the photo above with CTO and co-founder Lee Smith).

Paidy was launched because even though Japan’s credit card penetration rate is high, their usage rate is relatively low, even for online purchases. Instead, shoppers pay cash on delivery or at convenience stores, which function as combination logistics/payment centers in many Japanese cities.

This is convenient for buyers because they don’t have to enter a credit card online or worry about fraud, but a hassle for businesses that often need to float cash for merchandise that hasn’t been paid for yet or deal with incomplete deliveries.

Paidy makes it possible for people to buy online without creating an account or using their credit cards. Instead, if a merchant uses Paidy, its customers are able to check out by entering their mobile phone numbers and email addresses. Then Paidy authenticates them with a four-digit code sent through SMS or voice. Every month, customers settle their bills, which include all transactions they made using Paidy, at a convenience store or through bank transfers or auto-debits (installment and subscription plans are also available).

The value proposition for businesses is that Paidy can increase their customer base and guarantee they get paid by using machine learning algorithms to underwrite transactions. The company claims that there are now 1.4 million active Paidy accounts, with the ambitious goal of increasing that number to 11 million by 2020 by expanding to bigger merchants and offline transactions.

In a press statement, Cummer said “We are extremely honored that Paidy’s business concept was highly valued by one of Japan’s most prestigious business conglomerates, ITOCHU. Through this tie-up, we expect to launch new merchants in order to deliver Paidy’s frictionless and intuitive financial solution to a much broader audience.”

Starmer WILL resign if fined for breaching Covid rules – police...

‘Beacon in all of this!’ Kate Middleton praised as most reliable...

Brexit trade deal with Canada will be EVEN BETTER than EU’s... 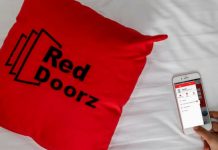 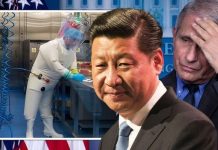 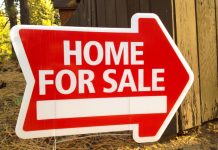 Adtech startup Adwerx raises $4.3M as it looks to expand beyond...

AI startup Cresta launches from stealth with millions from Greylock and...