“A powerful press of globalization begins to press on Latvia – and local authorities do not resist it too much.” So according to the opinion of the newspaper Neatkarīgā rīta avīze, the monopoly of the Latvian language endangers many issues.

We quote quotes: “The contemptuous attitude is shown by the Canadian fuel concern Circle K, imposing its non-negotiable name on Latvians, but philologist Ina Druviete is sure that they will not succeed.” It is impossible to force two million Latvians correctly to pronounce Circle K. There will be “circuses” or “drops” – and they (the company) will have to accept this. The Latvian language will not be disfigured for the sake of one arrogant foreign company! “, The philologist believes.

According to Druviete, “in Latvia only the Latvian language can have the monopoly”. She indignantly responds to other processes taking place in the country – for example, the request of the influential Council of Foreign Investors to allow the use of English in the state administration. Neatkarīgā rīta avīze is outraged by the wording of the Council, which says that compulsory use of the Latvian language for foreign businessmen is “unnecessary prolongation of the processes”.

The Council of Foreign Investors asks the Latvian authorities to add the English version on the Electronic Declaration Service (EDS) portal of the State Revenue Service so that foreigners could file their reports in a language that is universally used throughout the world. “Also, businessmen would appreciate the opportunity to communicate in English both with the State Revenue Service itself, and with the Competition Council, the State Labor Inspectorate, the State Data Inspectorate and the Consumer Rights Protection Center.” As explained to the newspaper executive director of the board Marta Jaksona, “the use of English along with the Latvian would facilitate and serve for the development of entrepreneurship – both for investors and for firms.

The State Language Center stands guard over the protection of the Latvian language, which categorically rejects the idea of foreign entrepreneurs. “With regard to foreigners, the only motivational mechanism for their integration into Latvian society would be eliminated,” the Center is confident.

The State Language Center notes that there is a great risk that the Latvian language will not stand the competition with English and lose its position. “Practice shows that in case of the simultaneous use of two languages, one of which has many speakers, and the other has few ones, after a while the smaller language is forced to retreat under the onslaught of the bigger one,” the representatives of the State Language Center explained to the newspaper.

Greece on brink: Huge row erupts as thousands set to be... 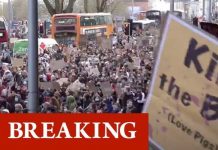 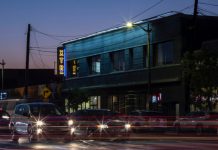 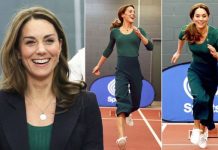 Kate Middleton shows off thrifty side in emerald outfit and £29... 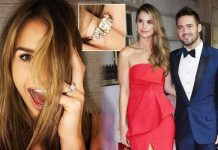 Vogue Williams engagement ring: How much is the diamond jewel from...

On Thursday, the Saeima in final reading adopted amendments providing for...

The corruption scandal in Rīgas satiksme caused a revision of many...