Choosing an insurance policy is one of the most complicated financial decisions a person can make. Jakarta-based Lifepal wants to simplify the process for Indonesians with a marketplace that lets users compare policies from more than 50 providers, get help from licensed agents and file claims. The startup, which says it is the country’s largest direct-to-consumer insurance marketplace, announced today it has raised a $ 9 million Series A. The round was led by ProBatus Capital, a venture firm backed by Prudential Financial, with participation from Cathay Innovation and returning investors Insignia Venture Partners, ATM Capital and Hustle Fund.

Lifepal was founded in 2019 by former Lazada executives Giacomo Ficari and Nicolo Robba, along with Benny Fajarai and Reza Muhammed. The new funding brings its total raised to $ 12 million.

“The same kind of experience a customer has today on a marketplace like Lazada—the convenience, all digital, fast delivery—we saw was lacking in insurance, which is still operating with offline, face-to-face agents like 20 to 30 years ago,” he said.

Indonesia’s insurance penetration rate is only about 3%, but the market is growing along with the country’s gross domestic product thanks to a larger middle-class. “We are really at a tipping point for GDP per capita and a lot of insurance carriers are focusing more on Indonesia,” said Ficari.

Other venture-backed insurtech startups tapping into this demand include Fuse, PasarPolis and Qoala. Both Qoala and PasarPolis focus on “micro-policies,” or inexpensive coverage for things like damaged devices. PasarPolis also partners with Gojek to offer health and accident insurance to drivers. Fuse, meanwhile, insurance specialists an online platform to run their businesses.

Lifepal takes a different approach because it doesn’t sell micro-policies, and its marketplace is for customers to purchase directly from providers, not through agents.
Based on Lifepal’s data, about 60% of its health and life insurance customers are buying coverage for the first time. On the other hand, many automotive insurance shoppers had policies before, but their coverage expired and they decided to shop online instead of going to an agent to get a new one.

Qoala raises $ 13.5M to grow its insurance platform in Indonesia

Ficari said Lifepal’s target customers overlap with the investment apps that are gaining traction among Indonesia’s growing middle class (like Ajaib, Pluang and Pintu). Many of these apps provide educational content, since their customers are usually millennials investing for the first time, and Lifepal takes a similar approach. Its content side, called Lifepal Media, focuses on articles for people who are researching insurance policies and related topics like personal financial planning. The company says its site, including its blog, now has about 4 million monthly visitors, creating a funnel for its marketplace.

While one of Lifepal’s benefits is enabling people to compare policies on their own, many also rely on its customer support line, which is staffed by licensed insurance agents. In fact, Ficari said about 90% of its customers use it.

“What we realize is that insurance is complicated and it’s expensive,” said Ficari. “People want to take their time to think and they have a lot of questions, so we introduced good customer support.” He added Lifepal’s combination of enabling self-research while providing support is similar to the approach taken by PolicyBazaar in India, one of the country’s largest insurance aggregators.

To keep its business model scalable, Lifepal uses a recommendation engine that matches potential customers with policies and customer support representatives. It considers data points like budget (based on Lifepal’s research, its customers usually spend about 3% to 5% of their yearly income on insurance), age, gender, family composition and if they have purchased insurance before.

Lifepal’s investment from ProBatus will allow it to work with Assurance IQ, the insurance sales automation platform acquired by Prudential Financial two years ago.

Part of Lifepal’s funding will be used to build products to make it easier to claim policies. Upcoming products include Insurance Wallet, which will include an application process with support on how to claim a policy—for example, what car repair shop or hospital a customer should go to—and escalation if a claim is rejected. Another product, called Easy Claim, will automate the claim process.

“The goal is to stay end-to-end with the customer, from reading content, comparing policies, buying and then renewing and using them, so you really see people sticking around,” said Ficari.

Lifepal is Cathay Innovation’s third insurtech investment in the past 12 months. Investment director Rajive Keshup told TechCrunch in an email that it backed Lifepal because “the company grew phenomenally last year (12X) and is poised to beat its aggressive 2021 plan despite the proliferation of the COVID delta variant, accentuating the fact that Lifepal is very much on track to replicate the success of similar global models such as Assurance IQ (US) and PolicyBazaar (India).”

A lot of cash and little love: An insurtech story 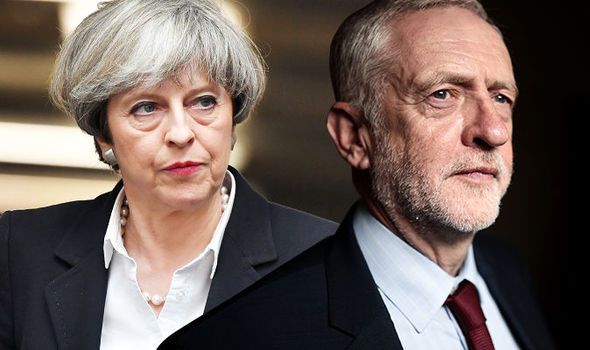 THE PEOPLE HAVE SPOKEN: May MUST scrap doomed deal before crunch vote – EXPRESS...

Stay Luxe this Autumn in Rich Velvets from Jigsaw, L.K. Bennett and Monsoon