Mumbai-based Haptik, which operates a conversational AI platform, has already won several high-profile clients in India. Now the five-year-old firm, with newly found significant capital in the bank, is attempting to replicate its success in international markets.

On Tuesday, Haptik announced it has acqui-hired Convrg, a Los Angeles-based startup that develops chatbots, to serve customers in North America. The move is part of Haptik’s broader strategy to both expand its technology expertise and team and business overseas, Aakrit Vaish, co-founder and CEO of Haptik, told TechCrunch in an interview.

Founded in 2017, Convrg made a name for itself by developing several popular chatbots and voice products. Its clients today include Reddit, The GRAMMYs, Aveda, Shopify, Sephora and Proactiv. The startup had raised only a “small seed round” prior to today’s announcement, Vaish said, declining to reveal any financial details.

Convrg recently hired Timothy Carey, an industry veteran, who now serves as Haptik’s general manager for the region. Convrg’s co-founders — Audrey Wu, Liz Snower and Amit Gupta — will report to Carey, who until recently held a similar position at IPSoft, another AI-driven firm.

Haptik, which sold a majority stake to telecom operator Reliance Jio in a $ 100 million deal earlier this year, currently offers a chatbot platform. Many players, including Coca Cola, Oyo, Samsung, Tata Group and KFC, use Haptik’s chatbots in their customer support services.

The firm has about 90% of its clients in India today, something it intends to change in the coming quarters. “Sixty percent of all software is bought in the U.S., so for us that market is critically important,” Vaish said.

“We have done some business in the U.S. in the past, but now we really want to focus on expanding there,” he said. “For that, we need team and dedicated operation there. You can’t expand in the U.S. sitting in India, or on a plane.”

Vaish is already in talks with a handful of other startups and is open to more acquisitions, he said.

Other than that, the firm is currently exploring and developing voice bots as it expands its offerings. Voice bots would help it find more clients, such as those who handle customer services through phones, for instance.

When asked about what he thinks of major giants such as Google and Amazon also expanding into these fields, Vaish said these companies are largely making solutions for users — not businesses. Besides, the chatbot space is so nascent currently that any effort from any giant helps educate the market, he said.

Where top VCs are investing in D2C 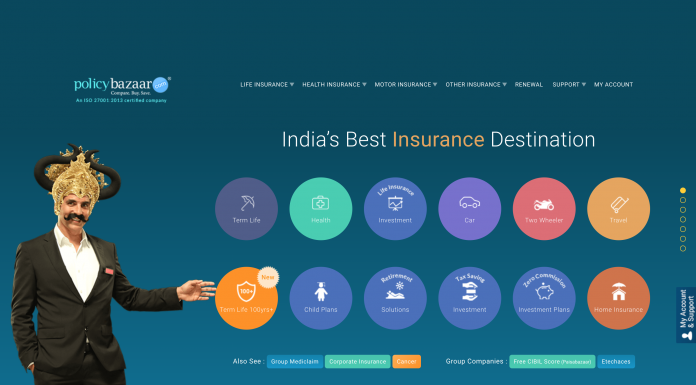 Shopping habits over the years: five things we’ve left behind and five that have made a comeback

Kate and William left humiliated at Royal Variety after jokes from co-host come under...