Handiscover, a startup that lets you find and book accessible travel accommodation, has raised $ 700,000 in new funding. The round is backed by Howzat Partners, which has previously invested in a number of successful travel companies, such as publicly-listed Trivago and more recently Lodgify. Tranquility Capital, a Swedish family fund with a background in accessibility, also participated.

Originally launched in June 2015 to enable hosts to list accommodation and have Handiscover’s algorithm classify the accessibility of their properties or rooms, the startup has since evolved into a fully fledged two-sided marketplace, enabling consumers to search for and book travel accommodation based on various accessibility needs. The idea, founder Sebastien Archambeaud tells me, was born from his own experience as the father of 13-year-old Teo (pictured) who has a muscle condition and uses a wheelchair to get around.

“When travelling as the family we got so frustrated about the lack of purposeful information about accessibility of both vacation rentals and/or rooms for hotels,” he says. “That was what planted the first seed in my mind. Having a long background in international management and some previous tech experience and knowledge about building marketplaces, I thought I was well equipped to build a project like that. But as usual it never is as easy at it first sounds”.

Easy it might not be, but Handiscover seems to be making a decent dent so far, and appears more than capable of picking up any slack left by Airbnb’s recent acquisition of lesser-sized Accomable, which it has since shuttered. Handiscover currently lists 28,000 properties and rooms, and covers 83 countries, with more to come.

“Our mission is to enable people with disabilities and special needs (15-20 percent of the population) to travel the world, by being able to find a great choice of accommodations at different price levels, adapted to our users specific needs,” explains Archambeaud. “As there is no international standard for accessibility we created our own, using an algorithm to classify accommodations according to their level of accessibility, in a consumer friendly way”.

Archambeaud says direct competitors are mostly traditional travel agencies that specialise in disability, meaning they might have a website but are mainly focused on selling full holiday packages by phone. “We are more into helping our community travel the ‘modern’ way by bringing the freedom of booking online, when you want and with a large international choice,” he says, revealing that Handiscover will soon be working with travel tech company Amadeus to scale supply in terms of the number of hotels listed.

Meanwhile, asked what he thinks of Airbnb’s acquisition of Accomable, Archambeaud had this to say: “[It] was a great signal that our community is relevant from a business point of view and that Airbnb takes an interest in it. For us it has just been positive so far, both business-wise when talking to investors, but also from a community point of view”.

Macron hit with THREE MONTHS of strikes in FURY at French...

Meghan Markle’s priciest garments she wore while pregnant – with one...

FCC to vote on net neutrality 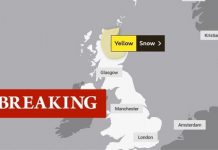 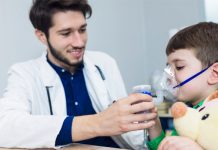 Cozycozy is an accommodation search service that works with hotels and...