Despite the pandemic’s economic impact, Southeast Asia’s startup ecosystem has proven to be very resilient. In fact, a new report from investment firm Golden Gate Ventures predicts a record number of exits will happen in the region over the next couple of years, thanks to factors like a maturing ecosystem, more secondary buyers and the emergence of SPACs.

The firm’s comprehensive “Southeast Asia Exit Landscape Report 2.0,” is a followup to a previous report published in 2019.

Despite the pandemic’s economic impact, tech proved to be resilient globally (for example, there were a number of initial public offers in the United States at record prices). While Southeast Asia’s tech ecosystem is relatively younger, Lints told TechCrunch its resiliency was driven by companies founded years ago that suddenly saw an increase in demand for their services because of the pandemic.

“We’ve built infrastructure over the past eight to nine years, when it comes to e-commerce, logistics, some on the healthcare side as well, and when the pandemic happened, people were suddenly stuck at home,” Lints said. He added “If you look at the pickup for most of the e-commerce companies, they at least doubled their revenue. For last-mile logistics companies, they’ve increased their revenue. There was a lot of pickup on the digital healthcare side as well.”

While tech fared well compare to many other industries, one downside was that the COVID-19 pandemic caused overall global venture capital investment to decline. Southeast Asia’s startup ecosystem was not immune, and had less exits, but it still did relatively well, with $ 8.2 billion invested in 2020, according to a report by Cento Ventures and Tech In Asia.

It’s important to note that more than half of that funding was raised in very large rounds by unicorns like Grab, Go-jek and Traveloka, but Cento Ventures found there was also an increase in investments between $ 50 million to $ 100 million for other startups. These are usually Series B and C rounds, which Golden Gate Ventures says creates a strong pipeline for potential exits over the next three to four years.

“If you go back even just two years, the amount of B rounds that are happening now, I’ve never seen that number before. It’s a definite increase,” said Lints.

Investments are also continuing to flow into Southeast Asia. According to the report, there was $ 6 billion of funding in just the first quarter of 2021 (based on data from DealStreet Asia, PWC and Genesis Ventures), making it the strongest start to a year in the region’s history.

This bodes well for the possibility of mergers and acquisitions in 2021. The report found that there were less exits in 2019 and 2020 than in 2018, but not just because of the pandemic—many startups wanted to remain venture-backed for longer. Golden Gate Ventures expects M&A activity will pick up again. In 2021, it forecasts acquisition deals worth more than $ 30 million, large mergers and an increase in SPACs.

What’s in the pipeline

Golden Gate Ventures predicts that a total of 468 startup exits will happen between 2020 and 2022, compared to the 412 forecast in the previous edition of its report. This is due to more late-stage private equity investors, including secondary buyers, SPACs and a welcoming public market.

The roadmap to startup consolidation in Southeast Asia is becoming clearer

Lints said secondary buyers will include a mix of family offices, conglomerates and venture funds that want a higher allocation in a company or to pre-empt a forthcoming round.

“What I think is interesting is some of the later-stage funds, so private equity funds, and not only ones that are in Southeast Asia, but even foreign ones, are now looking to get a position in companies that they assume will be able to raise a Series D or Series E over the next few years. That’s something I haven’t seen before, it’s relatively new in the market,” he added.

Golden Gate Ventures expects M&A activity to continue being the main way Southeast Asian startups exit, potentially accounting for up to 80% of deals, followed by secondary sales (15%) and IPOs (5%).

In fact, there was a record number of M&A deals in 2020, despite the pandemic. Golden Gate Ventures estimates that 45 deals happened, especially in e-commerce, fintech, media, adtech and social networking, as larger companies acquired startups to grow their tech stacks.

More companies going public will create a cascading effect through Southeast Asia’s ecosystem. The report forecasts that companies like Gojek and Trax, who have already made several high-profile acquisitions, will continue buying startups if they list publicly and have more liquidity.

Series B and C deals

While there will be more exits, there are also more opportunities for companies to raise larger later-stage rounds to stay private, if they want to—a sign of Southeast Asia’s maturing ecosystem, said Lints.

As the pandemic unfolded in 2020, the number of pre-seed and seed deals fell. On the other hand, the report found that it became quicker for startups to raise Series B or C rounds, or less than 21 months on average.

“If you look at typical exits between 2015 to 2017, you could argue that some of those exits might have been too early because the company was still in a growth trajectory, but there was hardly any follow-on funding for them to expand to a new country, for instance, or build out a new product,” said Lints. “So their only revenue to raise money was to be acquired by a larger company so they could keep building the product.”

“I think now you’re able to raise that Series C round, which allows you to expand the company and stay private, as opposed to having to drive towards an exit,” he added. “I think that shows the maturity of the ecosystem now and, again, it’s a huge advantage because founders have these amazing things they want to build, and now actually have the capital to do so and to really try to compete, and that has definitely been a big change.”

Another good thing is that the increase in later-stage funding does not appear to be creating a pre-seed and seed funding gap. This is partly because early employees from mature companies that have raised massive rounds often branch out and become founders themselves. As they launch startups, they have the benefit of being familiar with how fundraising works and a network. For example, a significant number of alumni from Grab, Gojek and Lazada have gone on to found companies.

“They seem to be raising a lot faster, and I think the second thing that’s happening across the board is we’re seeing more scouts putting really early checks into companies,” said Lints. “My assumption is if you look at the Series A pipeline, which is still pretty long, that has to come from a large number of pre-seed and seed deals.”

Funds want to cash out

Another factor that may drive an increase in exits—especially M&A deals—are funds that have reached the point where they want to cash out. Golden Gate Ventures’ 2019 report forecast that the first batch of institutional venture funds launched in 2010 to 2012 will start reaching the end of their lifecycle in 2020. This means the general partners of these funds are exploring exit opportunities for their portfolios, leading to an increase in secondary and M&A deals.

This in turn will increase the number of secondary markets, which have typically been low in Southeast Asia. The original investors won’t necessarily push for portfolio companies to sell themselves, but instead look at secondary buyers who might be keen on mergers and M&A deals.

“The thing we’ve seen over the last 18 months is there’s been a larger pickup in the secondary markets, where later-stage investors, in some cases family-owned businesses or family offices, are looking to get access to deals that were started eight, nine or 10 years ago. You’ll see the cap tables of these companies change, and that does mean the founders will have different shareholders,” said Lints.

“These are typically for companies that are performing well, where you can foresee that they will be able to fundraise within the next 12 months. For the ones that are in a more difficult position, I think it’s going to be tricky,” he added. “When you have a portfolio of companies as a fund, that doesn’t necessarily mean that you can sell all 20 of them, so I think for some founders, the impact will be that they will need to make a decision to continue the business and buy back the shares their investors are holding, or are they going to liquidate the business or look for a trade sale.”

The biggest SPAC news in Southeast Asia was Grab’s announcement it will go public in the United States following a $ 40 billion SPAC deal. Lints expects more Southeast Asian companies to take the SPAC route when going public. Not only does the process give them more flexibility, but for startups that want to list in the U.S., working with a SPAC can help them.

“My guess is with New York allowing direct listings, I think more and more people will shy away from the traditional IPO route and look at what is the fastest and most flexible way to list on a stock exchange. For Southeast Asia, listing has never been easy, so I think SPACs will definitely open the floodgates,” said Lints.

Barriers not only include regulatory filings, pre-IPO roadshows and high costs, but also “concern whether the international retail investor or public markets actually understand these companies in Southeast Asia,” he added. “If you have a very strong sponsor team that is running the SPAC, they can be super helpful in positioning the company, doing the marketing and getting interest from the market as well.”

Both the Singapore Exchange and Indonesian Stock Exchange are preparing to allow SPACs in an effort to attract more tech listings.

Lints said this will allow companies to consider a dual listing in Southeast Asia and the U.S. for larger returns. “A dual listing would be an amazing option and I think through the avenue of SPACs, that makes a lot of sense.” 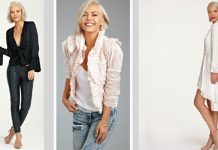 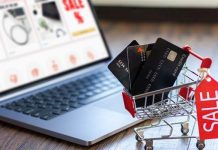 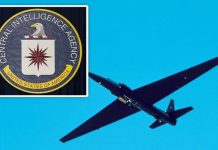 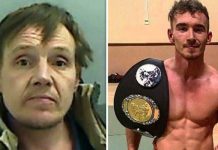 How to stop vanity marketing from killing your startup