Glow is a new startup that says it wants to help podcasters build media business.

That’s something co-founder and CEO Amira Valliani said she tried to do herself. After a career that included working in the Obama White House and getting an MBA from Wharton, she launched a podcast covering local elections in Cambridge, Mass., and she said that after the initial six episodes, she struggled to find a sustainable business model.

Valliani (pictured above with her co-founder and chief product officer Brian Elieson) recalled thinking, “Well, I got this one grant and I’d love to do more, but I need to figure out a way to pay for it.” She realized that advertising didn’t make sense, but when a listener expressed interest in paying her directly, none of the existing platforms made it easy.

“I just couldn’t figure it out,” she said. “I felt an acute need, and I thought, ‘Are there other people out there who haven’t been able to figure out how to do it, because the lift is just too high?’ ”

That’s the need Glow tries to address with its first product — allowing podcasters to create paid subscriptions. To do that, podcasters create a subscription page on the Glow site, where they can accept payments and then allow listeners to access paywalled content from the podcast app of their choice.

Glow started testing the product with the startup-focused podcast Acquired, which is now bringing in $ 35,000 in subscription fees through Glow. More recently, it’s signed up the Techmeme Ride Home, Twenty Thousand Hertz, The Newsworthy and others.

When asked about the broader landscape of podcast startups (including several that support paid subscriptions), Valliani said there are three main problems that podcasters face: hosting, monetization and distribution.

Hosting, she said, is “largely a solved problem,” so Glow is starting out by trying to “solve for monetization through the direct relationship with listeners.” Eventually, it could move into distribution, though that doesn’t mean launching a Glow podcast app: “For us, we think distribution means helping podcasts grow their audience.”

The startup announced today that it has raised $ 2.3 million in seed funding. The round was led by Greycroft, with participation from Norwest Venture Partners, PSL Ventures, WndrCo and Revolution’s Rise of the Rest Seed Fund, as well as individual investors including Nas and Electronic Arts CTO Ken Moss.

“Our first hire after this funding round will be someone focused on podcast success,” Valliani said. “Of course, we’re going to build the product [but we’re] doubling down on this market; we better make sure that [podcasters] are prepared to launch programs that are as successful as possible.”

Earios is a new podcast network for women creators 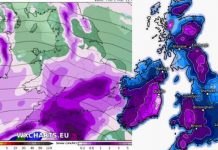 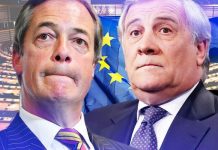 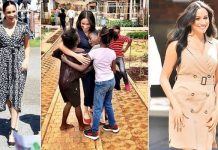 Meghan Markle: Every outfit the Duchess of Sussex wore on Africa... 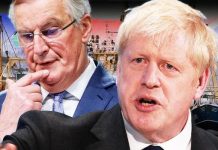 As COVID surges, what can data tell us about Airbnb’s recovery?