Glossier, known for its flagship line of barely there beauty products, has landed a $ 100 million Series D led by Sequoia Capital. The round values Emily Weiss’ business at a whopping $ 1.2 billion, fully cementing the company as a startup “unicorn” and tripling the valuation it garnered with a $ 52 million Series C in 2018.

News of the round was first reported by The Wall Street Journal and later confirmed by Glossier.

“We are building an entirely new kind of beauty company: one that owns the distribution channel and makes customers our stakeholders,” founder and chief executive officer Emily Weiss said in a statement.

As part of the round, which included support from newcomers Tiger Global Management and Spark Capital and existing investors Forerunner Ventures, Thrive Capital, IVP and Index Ventures, Glossier has hired Vanessa Wittman as its chief financial officer. Wittman previously held the same role at Oath and Dropbox. She replaces Henry Davis, who left the direct-to-consumer makeup brand in late 2018. Other recent additions include Edith Chen, Glossier’s new vice president of supply chain operations, and Nick DeAngelo, vice president of operations.

To date, New York-based Glossier has brought in nearly $ 200 million in venture capital investment, making it one of the most well-funded privately held beauty businesses. What’s next for the company? Weiss tells The WSJ an initial public offering isn’t out of the question, but didn’t provide a timeline. It’s been about five years since Glossier went from blog to business; it still has plenty of time before investors are pushing for an IPO.

Since it launched as a beauty blog in 2010, Glossier has grown into a 200-person business with $ 100 million in annual revenue in 2018. It has established two brick-and-mortar shops and expanded from au naturel makeup to “dialed-up extras” fit for the Instagram crowd. The recent launch of its first spin-off brand, Glossier Play, hints at a future where Glossier is a multi-brand beauty empire competing with the likes of Ulta and Estée Lauder.

Makeup is a huge and growing industry venture capitalists have been sleeping on. Megan Quinn, a general partner at Spark Capital, who led the round in Glossier on the firm’s behalf, says online beauty sales are expected to reach $ 120 billion by 2024. She expects Glossier to win the beauty market as a result of its intimate connection with customers, word of mouth customer acquisition channel and community-building tactics.

“To say that [Weiss] is a force of nature obfuscates her true superpower: she is a fantastic listener,” Quinn writes in a blog post. “By weaving her unique point of view with the feedback loops of her community, she has built a platform to power additional brands that respond to her customer’s needs. More importantly, she has built a world-class team of product designers, supply chain experts, marketing muscle, and arguably one of the largest engineering teams in beauty to make it happen.”

Holly Willoughby wears £350 charity jumper on This Morning to support...

BasisAI, a Singapore startup from Bay Area returnees, comes out of... 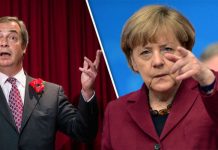 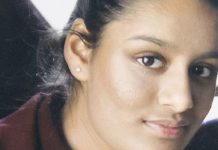 Shamima Begum ‘willing to fight’ – issues ANOTHER desperate plea to...

US seed-stage investing flourished during pandemic 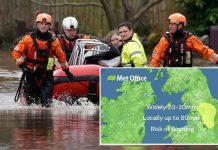 The keys to your house belong to startups

Extra Crunch roundup: RapidSOS EC-1, how to prep for an M&A...