Hello and welcome back to Equity, TechCrunch’s venture capital-focused podcast where we unpack the numbers behind the headlines.

This week Katie Roof and I were joined by Mayfield Fund’s Navin Chaddha, an investor with early connections with Lyft to talk about, well, Lyft — as well as two bombshell news events in the form of an SEC fine for Theranos and Broadcom’s hostile takeover efforts for Qualcomm hitting the brakes. Alex Wilhelm was not present this week but will join us again soon (we assume he was tending to his Slayer shirt collection).

Starting off with Lyft, there was quite a bit of activity for Uber’s biggest competitor in North America. The ride-sharing startup (can we still call it a startup?) said it would be partnering with Magna to “co-develop” an autonomous driving system. Chaddha talks a bit about how Lyft’s ambitions aren’t to be a vertical business like Uber, but serve as a platform for anyone to plug into. We’ve definitely seen this play out before — just look at what happened with Apple (the closed platform) and Android (the open platform). We dive in to see if Lyft’s ambitions are actually going to pan out as planned. Also, it got $ 200 million out of the deal.

Next up is Theranos, where the SEC investigation finally came to a head with founder Elizabeth Holmes and former president Ramesh “Sunny” Balwani were formally charged by the SEC for fraud. The SEC says the two raised more than $ 700 million from investors through an “elaborate, years-long fraud in which they exaggerated or made false statements about the company’s technology, business, and financial performance.” You can find the full story by TechCrunch’s Connie Loizos here, and we got a chance to dig into the implications of what it might mean for how investors scope out potential founders going forward. (Hint: Chaddha says they need to be more careful.)

Finally, BroadQualm is over. After months of hand-wringing over whether or not Broadcom would buy — and then commit a hostile takeover — of the U.S. semiconductor giant, the Trump administration blocked the deal. A cascading series of events associated with the CFIUS, a government body, got it to the point where Broadcom’s aggressive dealmaker Hock Tan dropped plans to go after Qualcomm altogether. The largest deal of all time in tech will, indeed, not be happening (for now), and it has potentially pretty big implications for M&A going forward.

That’s all for this week, we’ll catch you guys next week. Happy March Madness, and may fortune favor* your brackets.

Equity drops every Friday at 6:00 am PT, so subscribe to us on Apple Podcasts, Overcast, Pocketcast, Downcast and all the casts.

* assuming you have Duke losing before the elite 8. 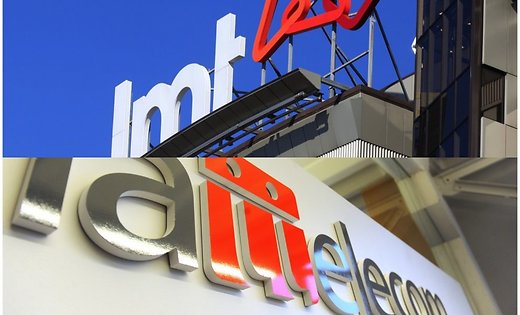 Latvia could not afford to lose control over such strategic enterprises

Get out! EU fishermen should LOSE access to British waters after Brexit, shock poll claims

Coronavirus POLL: Should over 70s be forced to self-isolate for up to four months?...

Camilla, Duchess of Cornwall bracelet: The secret meaning behind her ornate jewellery