Now for the maintenance of highways it is allocated several times less finance than necessary. Many people are afraid of the year 2020, when co-financing from the euro funds will end.

According to Ms. Audere, now the state budget allocates 1/4 of the funds for the roads not only for the construction but also on the maintenance of the roads, which are in the jurisdiction of Latvijas autoceļu uzturētājs (hereinafter LRM, Latvian Road Maintenance). The annual budget of LRM is about 60 million euros. The main task of this enterprise is to ensure the efficiency of roads throughout the year. With current funding it is impossible to fully maintain state roads at the proper level, she stressed.

Therefore, all roads are divided into classes (higher A, then B, C and lower D), and work is carried out in priority order.

The class is established taking into account the traffic intensity, socio-economic significance and classification of state highways (main, regional and local).

Meanwhile, in April 2018 the Minister for Transport Uldis Augulis during the annual conference of the road sector said that the total public funding for roads in this year is 307 million euros of which 183 million will be allocated from the state budget, and 124 million – from the EU funds.

And already this year, 400 kilometers of dirt roads should be repaired, for which 30 million euros have already been allocated. However, Augulis was talking not about the asphalt surface for local roads in Latvia, but about leveling the pavement with a grader and filling the pits with crushed stone and sand.

According to the version of the Global Competitiveness Index 2017-2018, Latvia ranked 107 out of 137 possible, being between Guatemala and Peru. 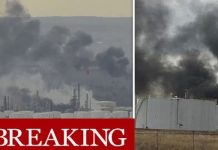 Wisconsin explosion: DOZENS hurt after ‘SONIC BOOM’ in US city 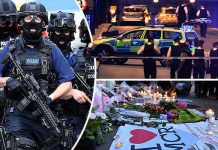 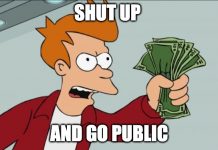 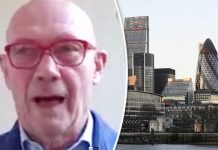 London to ‘REMAIN’ a leading financial player despite fears of post-Brexit...

The theme of marijuana legalization in one form or another rises...

“ABLV Bank” in August began the process of conscious dissemination of...