February 14, the Mandate, Ethics and Submissions Committee decided to reject a petition on the preservation of bilingual education in Latvia, which collected more than 10 thousand signatures on the portal Manabalss.lv

As Raivis Dzintars (one of the members of the Commitee ) stated, if the petition was approved and sent for further consideration, “the society would receive an ambiguous signal about the transition to education in the Latvian language.”

Representatives of the commission refused to transfer the initiative to other committees, referring to the fact that “the other committees are already considering the issue of the language of instruction.”

The Saeima Committee on Education, Culture and Science also approved the gradual transfer to education in general educational institutions only in Latvian language,  from September 1, 2019. The transfer to the training in the Latvian language should be completed in the 2021/2022 school year.

The draft amendment prepared by the Ministry of Education and Science provides for the reform in the educational institutions of national minorities in the 2021/2022 academic year, establishing that preschool education is bilingual; in primary school (grades 1-6) it is carried out in three models of bilingual education, at the final stage of basic education (7-9 grades) 80% of the educational process is provided in the state language, in secondary school (10-12th grades) – only in Latvian.

It is planned that the amendments will come into effect gradually, and a full transfer to

Neil Ushakov, The mayor of Riga, noted in the Facebook social network that this is “a huge mistake of the Latvian government, which can only be perceived as a political provocation that harms the quality of education and stability of the country …  In this situation, the main decision is the program of the Riga City Council, which will be introduced in 2019 through additional lessons in their native language, which will be paid by Riga City Council. There is still a lot of difficult work ahead of us, but we will not allow to offend any children, schools or education. “ 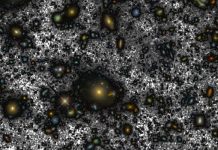 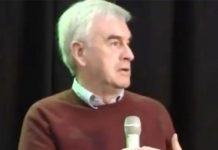 The only take about the future of media is that media... 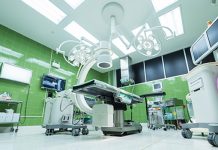 Hospitals could save about $10 million a year in supply chain,...

This week there were already a few unpleasant stories connected with...

Latvia’s advantage is a non-taxable minimum for dependents