Coinbase, perhaps the best-known American crypto company, announced today that it has filed confidentially to go public. The company’s debut was expected, having been reported earlier in the year.

As the well-funded unicorn has filed confidentially, its debut looks to be an early-2021 affair. What sort of flotation the company will pursue is not clear at this stage. Coinbase’s announcement is anodyne, as releases of this sort tend to be. The text of the short blog post does not mention whether Coinbase will pursue a traditional IPO or direct listing, but Slack’s similar message from early 2019 was similarly devoid of information; Slack went public via a direct listing last year before agreeing recently to sell to Salesforce.

Coinbase raised extensive known capital while private, including a $ 300 million Series E in October of 2018. Its August, 2017 Series D was worth a hair over $ 100 million, according to Crunchbase data. Tiger Global, Andreessen Horowitz, DFJ Growth and IVP are among the investors that led rounds into the crypto-focused fintech company.

It is not clear how large Coinbase’s revenues have grown, or how profitable or not its operations have proven in recent years. While there has been some reporting about its historical growth, how the company has fared more recently is opaque. Therefore, how well Coinbase’s impending public valuation will compare to its $ 8 billion private valuation is hard to guess.

The company is going public amidst a surge of interest in cryptocurrencies, the prices of many having risen in recent months. TechCrunch explored the trend earlier today.

Coinbase has also been in a number of controversial spots in 2020, including the loss of dozens of employees after its CEO declared that the company would not participate in any political matters that were not, in his view, directly tied to the company’s mission. The ensuing dialogue about the company’s decision was loud.

Regardless, with Roblox and Affirm now taking an early-2021 tack for their own IPOs, we can add Coinbase to the list of companies we expect to float in January. 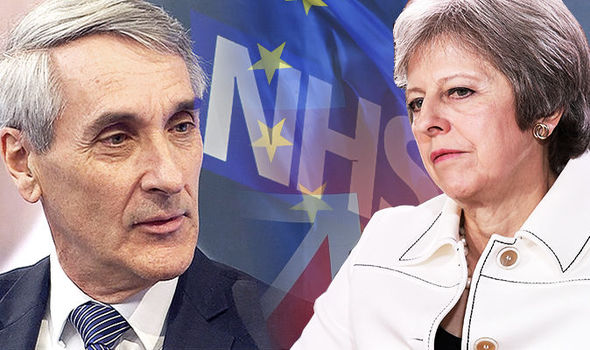 ‘Get out of EU and spend the money at home!’ FURY at plans for tax hike to boost NHS funds

US baby milk crisis: Biden orders emergency flight from UK to help mums across the pond

Three views on the future of media startups