Looks like those fundraising efforts were successful, with Atmosphere announcing that it has raised $ 10 million in Series A funding led by S3 Ventures, with participation from Capstar Capital.

“I have yet to meet someone who enjoys watching closed-captioning or talking heads at their favorite establishments,” said S3 Ventures Partner Charlie Plauche in a statement. (Plauche is joining Atmosphere’s board of directors.) “Yet, that is the best option most businesses have to entertain patrons. That all changes with Atmosphere, who offers engaging content to viewers of all ages with no audio needed.”

Chive Media Group is known for its namesake website, theChive, which focuses on funny and viral content. Chive co-founders (and brothers) Leo and John Resig told me that when the company decided to move into video, it didn’t have the money to create a big production arm.

“We stuck to our roots of what we do best: Seek out and curate and package existing content,” John said. As a result, the company was able to license “a pretty large IP library of short form, mostly amateur viral videos,” which it then offered to bars and other out-of-home locations as Chive TV.

Chive TV still exists, but it’s now just one of the channels that Atmosphere offers, with Leo noting that Atmosphere now includes more polished videos from partners like Red Bull and GoPro.

“Everyone’s creating content these days,” John added. “We’re a shiny new distribution vessel for a lot of that content.”

With theBomb, The Makers Of theChive Aim To Create A Viral Video Hub

In general, Leo argued that Atmosphere content is better tailored than regular TV to the needs of (say) a restaurant or a doctor’s office.

“It’s ambient TV,” he said. “It’s not episodic, it’s not character-driven, you can pick it up and leave it without missing a touchdown.”

Plus, as Plauche mentioned, it’s designed to be watchable without audio.

The company says Chive TV is already streamed in 4,300 bars, restaurants, gyms and other locations. And it’s adding around 450 venues every month.

At the same time, the Resigs said Atmosphere has been building up a technology backend, with the analytics and ad serving that you get with online video.

Until now, Chive and Atmosphere have been giving the content away for free while monetizing with ads, but Leo said they’ll soon start charging a monthly subscription fee of around $ 10 or $ 20, which he suggested is “not a lot of money for what the venues are getting,” particularly compared to their cable bill. There’s an additional product that venues can pay for to insert their own messages and house ads.

The Resigs actually hold the same title at both companies, but Leo (CEO) suggested that he’ll be spending more time on Atmosphere, while John (President) said he’ll be “straddling” the two organizations.

Leo said Atmosphere has around 20 employees — with another 20 who are currently splitting their work between Chive Media and Atmosphere, but will ultimately go work for one of the two organizations.

Accel closes on $3B across three funds as it ramps up...

Irvine Welsh: Poor people are pushed out of arts

Singapore-based Volopay raises $2.1 million seed round to build a “financial... 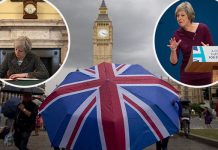 Brexit backing MPs call on May to appoint ‘no deal’ minister... 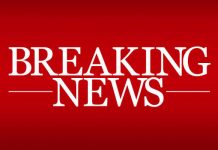 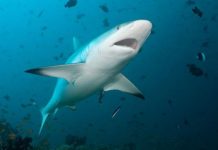 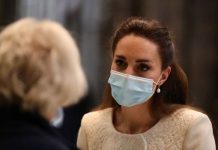 Kate Middleton ‘one of the most dignified women’ says royal insider...