As 5G slowly moves from being a theoretical to an active part of the coverage map for the mobile industry — if not for consumers themselves — companies that are helping carriers make the migration less painful and less costly are seeing a boost of attention.

In the latest development, Cellwize, a startup that’s built a platform to automate and optimize data for carriers to run 5G networks within multi-vendor environments, has raised $ 32 million — funding that it will use to continue expanding its business into more geographies and investing in R&D to bring more capabilities to its flagship CHIME platform.

The funding is notable because of the list of strategic companies doing the investing, as well as because of the amount of traction that Cellwize has had to date.

The Series B round is being co-led Intel Capital and Qualcomm Ventures LLC, and Verizon Ventures (which is part of Verizon, which also owns TechCrunch by way of Verizon Media) and Samsung Next, with existing shareholders also participating. That list includes Deutsche Telekom and Sonae, a Portuguese conglomerate that owns multiple brands in retail, financial services, telecoms and more.

That backing underscores Cellwize’s growth. The company — which is based in Israel with operations also in Dallas and Singapore — says it currently provides services to some 40 carriers (including Verizon, Telefonica and more), covering 16 countries, 3 million cell sites, and 800 million subscribers.

Cellwize is not disclosing its valuation but it has raised $ 56.5 million from investors to date.

5G holds a lot of promise for carriers, their vendors, handset makers and others in the mobile ecosystem: the belief is that faster and more efficient speeds for wireless data will unlock a new wave of services and usage and revenues from services for consumers and business, covering not just people but IoT networks, too.

Notwithstanding the concerns some have had with health risks, despite much of that theory being debunked over the years, one of the technical issues with 5G has been implementing it.

Migrating can be costly and laborious, not least because carriers need to deploy more equipment at closer distances, and because they will likely be running hybrid systems in the Radio Access Network (RAN, which controls how devices interface with carriers’ networks); and they will be managing legacy networks (eg, 2G, 3G, 4G, LTE) alongside 5G, and working with multiple vendors within 5G itself.

Cellwize positions its CHIME platform — which works as an all-in-one tool that leverages AI and other tech in the cloud, and covers configuring new 5G networks, optimizing and monitoring data on them, and also providing APIs for third-party developers to integrate with it — as the bridge to letting carriers operate in the more open-shop approach that marks the move to 5G.

“While large companies have traditionally been more dominant in the RAN market, 5G is changing the landscape for how the entire mobile industry operates,” said Ofir Zemer, Cellwize’s CEO. “These traditional vendors usually offer solutions which plug into their own equipment, while not allowing third parties to connect, and this creates a closed and limited ecosystem. [But] the large operators also are not interested in being tied to one vendor: not technology-wise and not on the business side – as they identify this as an inhibitor to their own innovation.”

Cellwize provides an open platform that allows a carrier to plan, deploy and manage the RAN in that kind of multi-vendor ecosystem. “We have seen an extremely high demand for our solution and as 5G rollouts continue to increase globally, we expect the demand for our product will only continue to grow,” he added.

Previously, Zemer said that carriers would build their own products internally to manage data in the RAN, but these “struggle to support 5G.”

The competition element is not just lip service: the fact that both Intel and Qualcomm — competitors in key respects — are investing in this round underscores how Cellwize sees itself as a kind of Switzerland in mobile architecture. It also underscores that both view easy and deep integrations with its tech as something worth backing, given the priorities of each of their carrier customers.

“Over the last decade, Intel technologies have been instrumental in enabling the communications industry to transform networks with an agile and scalable infrastructure,” said David Flanagan, VP and senior MD at Intel Capital, in a statement. “With the challenges in managing the high complexity of radio access networks, we are encouraged by the opportunity in front of Cellwize to explore ways to utilize their AI-based automation capabilities as Intel brings the benefits of cloud architectures to service provider and private networks.”

“Qualcomm is at the forefront of 5G expansion, creating a robust ecosystem of technologies that will usher in the new era of connectivity,” added Merav Weinryb, Senior Director of Qualcomm Israel Ltd. and MD of Qualcomm Ventures Israel and Europe. “As a leader in RAN automation and orchestration, Cellwize plays an important role in 5G deployment. We are excited to support Cellwize through the Qualcomm Ventures’ 5G global ecosystem fund as they scale and expedite 5G adoption worldwide.”

And that is the key point. Right now there are precious few 5G deployments, and sometimes, when you read some the less shiny reports of 5G rollouts, you might be forgiven for feeling like it’s more marketing than reality at this point. But Zemer — who is not a co-founder (both of them have left the company) but has been with it since 2013, almost from the start — is sitting in on the meetings with carriers, and he believes that it won’t be long before all that tips.

“Within the next five years, approximately 75% of mobile connections will be powered by 5G, and 2.6 billion 5G mobile subscriptions will be serving 65% of the world’s population,” he said. “While 5G technology holds a tremendous amount of promise, the reality is that it is also hyper-complex, comprised of multiple technologies, architectures, bands, layers, and RAN/vRAN players. We are working with network operators around the world to help them overcome the challenges of rolling out and managing these next generation networks, by automating their entire RAN processes, allowing them to successfully deliver 5G to their customers.” 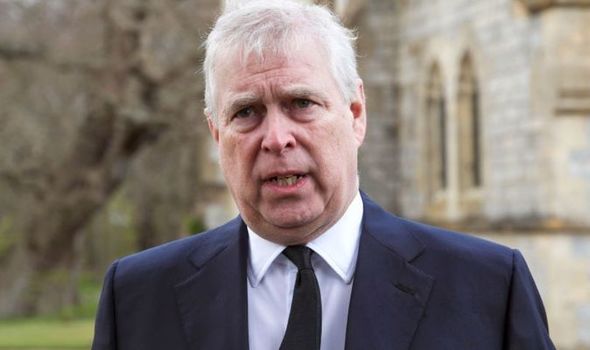 Princess Charlotte set to become ‘richest’ young royal with estimated worth of £3.6billion

More debt, improving margins: How startups are retooling in the COVID-19...

OurPath raises $3M in round led by Connect Ventures to ‘reverse’...