Branch, which has built a flexible workforce payments platform, announced today it has raised $ 48 million in Series B funding and closed on a $ 500 million credit facility.

Lee Fixel’s Addition –– which has also backed the likes of Flipkart, Stripe and Coinbase – led the equity financing while the credit facility was secured in the form of purchased assets from funds managed by Neuberger Berman.

Drive Capital, Crosscut Ventures, Bonfire Ventures, Matchstick Ventures, and HR Tech Investments LLC, a subsidiary of Recruit Holdings Co., Ltd. (an affiliate of job search site Indeed) also participated in the equity funding, among other investors. With the latest investment, Minneapolis-based Branch has brought in a total of $ 58 million in equity funding since its 2015 inception.

The raise marks Branch’s first since 2017.

Branch CEO and founder Atif Siddiqi declined to reveal at which valuation the company’s current round was raised but did note that it saw 300% revenue growth year over year in 2020, and a 700% increase in the number of enterprises using its platform.

Branch was founded to give companies a more cost-effective, faster way to pay employees and  contractors, which in turn theoretically can maybe help them attract and retain talent and save money compared to using traditional payment methods.

When Siddiqi first started the company, Branch was focused on a use case of helping workers pick up additional hours at companies they already worked at to grow their income. But then the team started looking for other ways to help these workers financially.

“One of our strengths was that we were connected to a lot of very disparate enterprise systems. And we were collecting a lot of really interesting employment data,” Siddiqi told TechCrunch. “With that data, we realized we could really build a better financial service experience for this consumer.”

Branch typically focuses on low to moderate income users, and sits between the company and its worker payment flows.

It started off with earned wage access and then began accelerating payments for workers. It has since expanded into use cases such as digital tip payments.

“One of the things we saw when we were working with a lot of Domino’s franchisees is that a lot of them didn’t have enough cash at the end of the day to tip out their drivers,” Siddiqi explains. Rather than be forced to go to an ATM to get cash, some turned to Branch’s Wallet offering, which gives franchise owners the ability to push tip payments in real time after a driver finishes a shift.

“Tips represent about 40% of a driver’s income on a monthly basis so that’s pretty significant,” Siddiqi said.

Branch then expanded into contractor payments, such as helping companies pay their 1099 contractors faster with a “uniform” payment experience.

“We realized we could rebuild a better financial service experience from the ground up, and that’s where you find Branch today,” Siddiqi said.

Siddiqi said the company tries to provide as many free options as possible such as not charging for instant transfers into the Branch Wallet and non-instant transfers to another financial account.

Like many other fintechs, the startup monetizes primarily off of interchange fees. It also charges a transaction fee for pushing funds instantly from the Branch Wallet to another financial account.

“Faster payments is a compelling and transformative benefit expected by today’s workforce,” Siddiqi said. “We’ve seen how it can significantly improve cash flow for both companies and workers, so we’re excited to deliver instant payments and other engaging tools to more sectors and workforces, from other workers living paycheck to paycheck to independent contractors growing their own businesses.”

As part of the company’s efforts to grow beyond the multi-billion dollar earned wage access market, it has expanded into contractor and influencer payments with a new deal with influencer marketing platform Tagger and other on-demand delivery platforms.

The company is similar to another fintech, GigWage, but the biggest difference – according to Siddiqi –– is that Branch has built its own payment rails and system to push out funds instantly, and also has offerings for W-2 workforces.

Drive Capital Partner Andy Jenks believes that the company’s financial services address pay cycle gaps and cash flow challenges in a way “that can save time and costs for both workers and the companies they work for.”

“We’ve seen how impactful Branch’s acceleration of payments for employers and the W-2 workforce has been,” he wrote via email, “and look forward to their expansion into contractor payments where they can serve a range of rapidly growing industries such as last-mile delivery, logistics and influencers.”

7 VCs look into the future of fintech

Outbrain raises $200 million ahead of its IPO

‘Many of the red lines are GONE’ Jacob Rees-Mogg demands PM...

‘Evil’ stepmother guilty of murdering six-year-old who was left starved and... 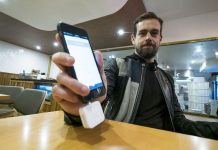 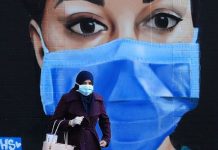 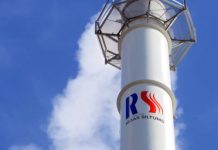 Rigas siltums will check the level of radiation in the shipment... 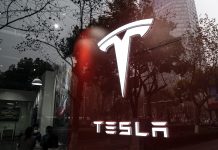 How Duolingo became a $2.4B language unicorn

Plume is building a healthcare service specifically for the transgender community