Taxfix, the Berlin-based startup that has developed a mobile assistant to help you file your tax return, has closed $ 13 million in Series A funding. The round is led by Peter Thiel’s Valar Ventures, with participation from existing investors Creandum and Redalpine.

Launched in 2017, Taxfix is built on the premise that filing taxes remains a daunting task in most countries, involving a lot of archaic form filling, often carried out incorrectly and without the proper advice, and rarely optimised for tax refunds. As a result, the company says that in Germany alone, over 10 million employees decide not to file a tax return, and therefore forgo an average tax rebate of 935 Euros.

“The problem is that most people don’t have a personal tax accountant, nor the sufficient knowledge on how to file their taxes,” explains Taxfix co-founder and CEO Mathis Büchi. “Taxpayers are required to invest a substantial amount of time to become an expert themselves to receive their maximum tax refund. That’s why the rich can optimise their taxes with their own accountants and the regular citizens are overpaying billions of Euros in taxes every year in almost every country in the world”.

To help combat this, the Taxfix app works similar to a chatbot, and — coupled with the startup’s “tax-engine technology” — aims to make filing your taxes as easy as it would be if you hired your own tax accountant. You simply photograph your annual payslip and work through a questionnaire personally tailored to optimise your refund. The Taxfix app then automatically calculates the predicted tax rebate and submits your filing for you.

“[Taxfix creates] a digital tax accountant on the mobile phone, which asks the users simple questions and makes sure they optimise their refund and file their tax return correctly,” says Büchi.

To date, Taxfix’s typical customers are young people between 20-35 years old, who are not tax experts and often have never filed a tax return before. For every tax return that generates a refund of over 50 Euros, the startup charges 35 Euros for submission to the relevant financial authorities.

Of course, there are already a large number of startups and software companies that can help you file a tax return. These include legacy players such as WISO in Germany and Intuit’s TurboTax in the U.S., or upstarts such as the U.K.’s TaxScouts. A government’s own online tax filing gateway could also be considered a direct competitor.

“Taxfix differentiates itself from all other solutions by its mobile-first approach and by not using forms fields as the user interface,” adds Büchi. “Taxfix creates a completely new user experience with the conversational interface that asks simple questions and translates the information into tax language automatically. It takes on average 20 minutes to file your taxes with Taxfix, compared to 3 to 6 hours with traditional software”.

Meanwhile, Büchi says the new funding will be used for international expansion, bringing the app’s tax declaration capabilities to other jurisdictions. The German company also plans to invest heavily in machine learning to bring its tax engine technology “to the next level”. 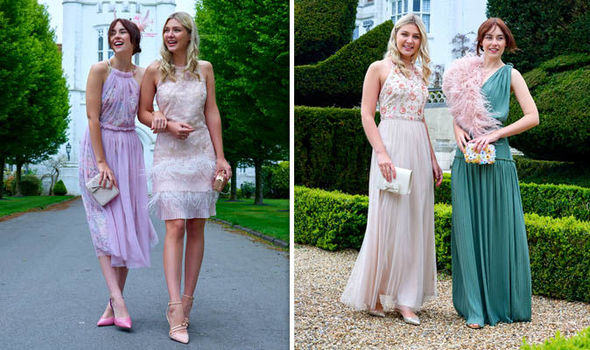 APIs are the next big SaaS wave

The rise of SPACs