The race is on for companies building e-commerce empires by rolling up smaller, promising businesses that sell via Amazon and other marketplaces and growing by using some economies of scale to operate them as one. In the latest development, Berlin Brands Group has raised $ 240 million that it says it will be using to acquire smaller but promising enterprises in Europe and North America — specifically the U.S. — that are already making between $ 1 million and $ 100 million in sales via marketplaces like Amazon.

The funding is coming in the form of debt, not equity, and it is coming specifically from UniCredit, Deutsche Bank and Commerzbank, BBG founder and CEO Peter Chaljawski said in an interview. BBG is profitable and earlier this year it committed more than $ 300 million off its balance sheet for buying up and operating companies, and so with this debt round (which we reported earlier this year was in the works), it now has $ 540 million for that purpose.

“We’re in a wonderful situation with a proven business model, and this is the cheapest money you could get,” he said of the decision to go for debt, a choice often made by startups that are in capital-intensive modes but either reluctant or do not need to give up equity to raise capital to scale if they are generating cash. In the case of BBG it’s the latter, since the company is profitable. “This is better than equity. BBG does not have any debt as of 2020, and we had cash on hand for our first acquisitions, 20 brands that we bought in cash from our balance sheet. Now we want to accelerate that even more.”

Chaljawski said that BBG may well tap an equity round in the near future to bring on investors to shape its own growth and set a valuation for the company. (For a point of comparison, competitors like Thrasio are now valued in the multiple billions of dollars.)

BBG has to date mostly built its business around starting up and scaling its own in-house brands that sell on Amazon and elsewhere — starting first with home audio equipment, coming out of Chaljawski’s own interests in sound technology from a previous life as a budding dance music DJ. Its brands include Klarstein (kitchen appliances), auna (home electronics and music equipment), Capital Sports (home fitness) and blumfeldt (garden).

In a big move to scale and build out what it’s established itself, last year BBG shifted over to the roll-up model: leveraging a more buying power to cut better deals with manufacturers and other suppliers, consolidating some of the other functions like marketing, and providing a more comprehensive set of analytics around what is selling best, who is buying, how best to market an item, and more. It says it has 1.3 million square feet of warehouse space in Europe, Asia and the U.S. and is one of the biggest Amazon sellers in Europe today.

The basic idea of rolling up businesses that sell on the Amazon platform with FBA (Fulfillment by Amazon) has been around for years in fact, but the notable and more recent shift is that it has taken on a startup profile in part because of how some of the latest entrants are leveraging big data analytics, the latest innovations in manufacturing and logistics technology and a founder-led, e-commerce ethos to grow the model.

“Without data, you would go nowhere in this business,” Chaljawski said. “But on top of that, there is something you can’t pull from market data — a toolbox of manufacturing and engineering expertise that we use to evaluate products.” He says that BBG’s data scientists build algorithms that millions of products, and hundreds of thousands of sellers, to produce the data that it uses both to source potential acquisitions and to run the business.

U.S. players like Thrasio — which itself closed a $ 1.2 billion Series C for the same purposes: rolling up and scaling — have led the charge. But in recent months we’ve seen a number of others also move into the space, buoyed by hundreds of millions of dollars in funding from investors very keen to ride the e-commerce wave and the vision of tapping into some of the economies of scale and the marketplace model that have been such a juggernaut for Amazon.

It’s a two-sided marketplace, and Amazon has focused primarily on earning money from operating the marketplace itself and sales to consumers, so that leaves a huge opportunity on the table for someone else (or as it happens, many others) to tackle the opportunity to address the needs and services of the other side of that marketplace: the sellers.

In addition to BBG and Thrasio, others in the same space include Branded, which launched its own roll-up business on $ 150 million in funding earlier this year; SellerX, Heyday, Heroes, Perch, among several others. Even removing the very-highly capitalized Thrasio and BBG from the equation, these companies have collectively raised or committed from their own balance sheets hundreds of millions of dollars to buy up small but promising third-party merchants.

If that sounds like a crowded market, well, it probably is. These are also startups, after all, and so the chances that some of these roll-up consolidators will not be that skilled at running multiple companies — with their disparate supply chains, customer bases, replacement cycles and marketing strategies — are as risky as in any other area of e-commerce startup interest.

On the other hand, though, there are a lot of opportunities to play for here.

By one estimate, there are about 5 million third-party sellers on Amazon today, a number that appears to be growing exponentially, with more than 1 million sellers joining the platform in 2020 alone. Out of those, Thrasio estimates that there are probably 50,000 businesses selling on the Amazon platform with FBA (Fulfillment by Amazon) that are making $ 1 million or more per year in revenues.

We have pointed out before that within that bigger number of merchants, there are a huge amount of clones and companies of questionable quality. What is interesting is that there are distinct companies, built around more originality and flair, swimming in that sea: some of them have broken through and floated, while others that have not.

So for a company like BBG, the opportunity lies in the fact that for many of these smaller but promising merchants, they have not been built with longer-term growth visions in place. The merchants might not be prepared for the kind of scaling, investment or operational commitment that would need to be made to keep their businesses going, or they simply don’t have the appetite for it. BBG’s selling point — as it is with others in this space — is that they do.

And BBG’s added pitch is that they can help open another door, to Europe. In the region, Amazon on average has about a 10% market share of marketplaces, BBG estimates, with regional players accounting for more marketplace activity than in the U.S. BBG not only has the links into selling on these other marketplaces, but the promise is that it can help improve how a brand will sell on Amazon itself in the region, given its traction in the market already. Conversely, it hopes to do the same for European brands by giving them a better window into selling in the U.S.

Chaljawski is however realistic about the profusion of companies like his, and is “sure” there will be some casualties down the road. He also believes that we may start to see some emerge around specific verticals as an alternative.

“Yes, I’m sure consolidation will happen, but I also think that we’ll see some specialization, with roll-ups focusing on one vertical or another. I think it will be a mix,” he said. 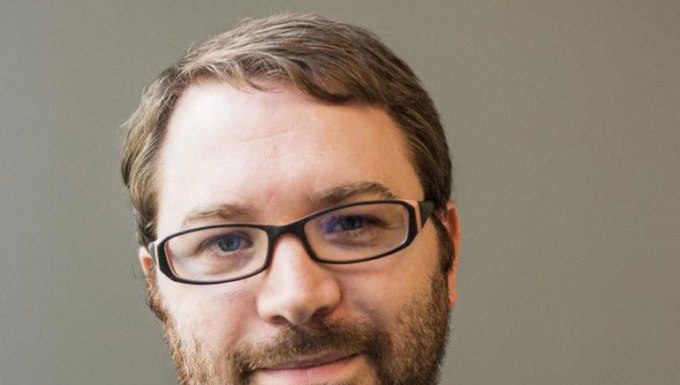 Dark Side of the Moon BOMBSHELL: Chinese mission uncovers lunar secrets of Moon’s far side

The second shot is kicking in

The surprising reason Eugenie ditched York tiara at wedding – will Beatrice wear it?

What do Kate and Meghan wear to Christmas? Duchess of Sussex wore sexy dress...

Sarah, Duchess of York looks stunning in white but is SLAMMED for wearing this...

Where top VCs are investing in adtech and martech