Baton, an early-stage startup that wants to help customers organize the post-sales implementation process, emerged from stealth today with a $ 10 million Series A investment.

Activant Capital led the round with help from Global Founders Capital and Hybris founder Carsten Thoma.

Like so many startups, the idea for Baton stemmed from a pain point that founder and CEO Alex Krug experienced first hand. He was co-founder at Behance, which was later sold to Adobe and he saw that there were tools to organize your customers and get you through the sale, but there was something distinctly lacking when it came to implementation post-sale.

Krug said that most companies hacked together a solution consisting of general project management tools, spreadsheets and email, but what was missing was a dedicated platform to help with this part of the process. He put his team to work to build it.

“We reconfigured a lot of the team that I worked with at Behance and Adobe and really started to build a platform around optimizing the implementation, what happens in between your presale and post sale and how customers get on boarded through a platform,” Krug told TechCrunch.

He says where project management tends to be internally focussed, Baton is designed to bring all the parties from vendor to client to systems integrator together in one tool, so everyone knows their responsibilities and targets.

While Krug understands that this may not be an optimal time to launch a startup out of stealth in the middle of a pandemic and corresponding economic crisis, he still sees a real need for a tool like Baton.

“This era of top line growth is gone. Efficient growth is here to stay and Baton really optimizes processes and standardizes a toolset that allows you to grow efficiently from your fifth customer to your thousandth customer, whereas previous iterations of implementation have been these static spreadsheets and chasing people for manual updates.”

He believes his company is offering a reasonable alternative to that, as does his lead investor Peter McCoy at Activant Capital. “The best SaaS companies are built off of product-led growth, that can be network effects, novel go-to-market strategies or some other distribution advantage. The problem I kept seeing was even companies that had one or a couple of these attributes created operational debt, when they bloated up their services teams to keep up with top line growth. The need for a platform like Baton was super clear to me,” McCoy said in a statement.

Beginning today, the company will set forth on its startup journey as it attempts to carve out a market in difficult times, and help customers with this crucial part of the selling cycle. 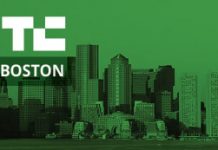 Equity Shot: The DoJ, Google and what the suit could mean for startups 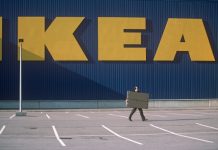 The legacy of Ikea founder Ingvar Kamprad, who passed today at... 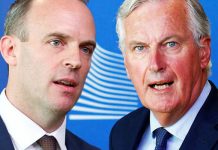 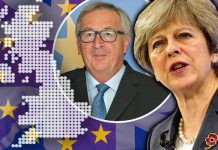