As the central bank notes, Zemgale is one of the most fertile and productive regions of Northern Europe, which has provided grain for centuries. The region is also known for its extensive network of rivers and the battles of the Semigallians for their freedom in the 13th century.

Simultaneously with the coin in honor of Zemgale, the Bank of Latvia issued a special set of coins from all four coins dedicated to the cultural and historical regions of Latvia in souvenir packaging.

The coin “Zemgale” was issued with a circulation of 500 thousand copies. Its graphic design was created by the artist Laimonis Senbergs, the plastic model was made by Janis Strupulis. The coin was minted at the mint Staatliche Munzen Baden-Wurttemberg in Germany.

BBC Newsnight host silenced by Brexiteer Fox as he shuts down...

Balderton’s $145M ‘secondary’ fund will give shareholders in European scale-ups the... 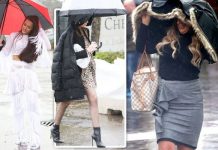 Cheltenham 2019: Attendees flash the flesh at races as they struggle...

Beamery closes $28M Series B to stoke support for its ‘talent...

The turnover of the shipbuilding enterpris fell down sharply

In solid fuels for AS Rigas siltums revealed radioactive contamination.