The American venture capital world has staged an impressive comeback from the early months of the COVID-19 pandemic. For a moment, there was worry that startups would struggle to raise for quarters, leading to layoffs, slowed hiring and budget cuts.

But as the pandemic accelerated plans to shift operations online, many startups wound up more popular than expected. Those tailwinds helped the venture capital world get back into its own game in a big way, leading to Q3 being an outsized quarter for domestic venture capital activity.

Today, in a first, we have two editions of The Exchange for you. Get hype. 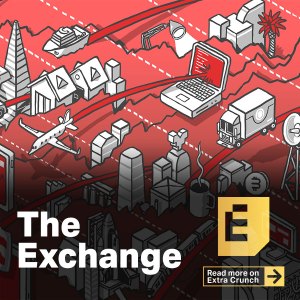 This lends itself to a question: What’s up with venture debt during all of this?

Venture debt, in various forms, is a type of capital provided to startups that may or may not have raised equity-based funds, like venture capital. One variety comes from institutions like Silicon Valley Bank, which might provide a growing startup with well-known backers an additional fraction of its last raise in debt, allowing the young company to take on more total capital than it otherwise might without greater dilution.

Other forms of venture debt, like revenue-based financing, share startup income streams to repay borrowings. And there are other, more exotic forms of the capital source.

I’ve been curious about the space for a few quarters now. So, when some survey data on the venture debt market from Runway Growth Capital came in, I started collecting my notes into a single entry.

Venture debt has a place in today’s market, but while venture capital is back to setting records, it appears that its less-known sibling won’t manage to match its last few years’ worth of results, according to new PitchBook data. Let’s talk about it.

Runway Growth is a venture debt player that did $ 41.5 million in “funded loans” in Q3 2020, it told TechCrunch. That’s for your own reference. Its new survey of 493 entrepreneurs who had raised venture capital and 50 providers of startup capital from the VC and lending worlds noted that 60% of founders felt that “venture debt has become more founder-friendly,” which you might think would imply that more venture debt was being used, overall.

That was my read, at least.

From the same survey, two related data points explain why venture debt has a place in the market: 86% of providers felt that “venture debt was key to extend the company’s runway to reach an important milestone,” while just over a quarter of founders agreed. Regardless of who is right on that point, venture debt has seen impressive growth in recent years.

Via PitchBook, here are updated venture debt metrics for the United States through 2019:

Kate Middleton or Meghan Markle: Who owns the most valuable pieces from Princess Diana?