The recovery in value of several high-profile electric car companies could help move yet-private EV manufacturers out of the pit lane and onto the IPO track.

On the heels of NIO’s shocking value appreciation after its recent earnings report, and Tesla’s own public market run, China-based Lixiang Automotive is reported to have filed privately for an IPO in the United States.

Lixiang Automotive is a Beijing-based company that was founded in 2015, according to Crunchbase data. The company has raised north of $ 1 billion while private, and is said to be valued at just under $ 3 billion. It most recently raised a $ 530 million round led by Xing Wang, of Meituan-Dianping fame.

It would not be the first Chinese EV company to go public in the United States, as NIO managed the feat in 2018. But the reported filing shows newfound confidence concerning investor sentiment by the alternative car market’s players and bankers.

To understand the news, we’ll first look at recent happenings from Lixiang’s public peers, and then examine the company itself.

A month ago, the Lixiang Automotive confidential IPO filing would have appeared quixotic. After all, its closest market comparable was flirting with penny-stock status.

NIO was in the tank more than a year after an IPO that proved far from smooth. After going public at $ 6.26 per share, its equity had traded down to nearly the $ 1 mark, setting a 52-week low at the terrifying figure of $ 1.19 per share. However, since then, shares of the unprofitable, cash-strapped EV manufacturer have recovered, trading for $ 3.84 per share today. Still down from its IPO price, yes, but up more than 200% from its recent all-time lows (a more than tripling in value).

That likely cleared a path for Lixiang Automotive to file, albeit privately. Reuters broke the news of its IPO prospects.

Tesla’s ascent also helped. After some oddly normal (for Tesla) drama cooled, the company’s shares have come back a long way. From 52-week lows of $ 176.99, Elon’s car company is now worth $ 445.25. Shares of Tesla are up 150% from their lows, a more than doubling in market cap. Investors appeared to find its earnings and delivery totals (and progress on its Chinese factory) heartening.

For Lixiang Automotive, the moves showed that U.S. equity markets were warming waters worth testing. Given that it is certainly unprofitable, the opening of a new funding avenue was welcome.

Notably, similar to NIO when it went public, the company is set to debut while its history of actually delivering cars is nascent. NIO went public having delivered cars in the mere hundreds. The firm did note at the time that it had commits north of 10,000 for its cars. During the early days of its IPO I wrote that the company’s limited history of revenue generation made its shares a gamble.

Lixiang is set to go public at a similar level of immaturity. According to Equal Ocean, Lixiang now delivers cars, though it began to ship them just last month:

Chinese electric vehicle manufacturer Lixiang Automotive, formerly known as CHJ, has announced that its EV project ‘Lixiang ONE 2020’ is officially mass-produced at the Changzhou factory and will start mass delivery in early December.

Pre-sales for the car took place in Q4 2019, as well, meaning that the company’s pre-Q4 2019 revenue should wind up looking very light.

If Lixiang does successfully go public it will show that corporate maturity is not a requirement for an IPO. When we do get to see Lixiang’s F-1 filing, we won’t see the history of a company with an obvious path to profits amid quick growth — we’ll see a deeply unprofitable company in the early motion of generating material revenue.

A little bit ago I would have given such an offering slim chance of success. But with NIO on the bounce and Tesla back on form, who knows? 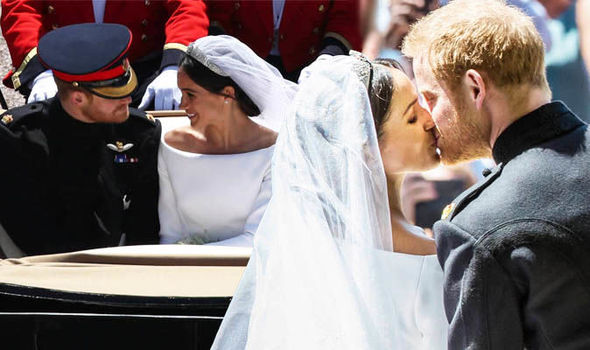 Meghan Markle and Harry: When will couple have a baby? THIS telling look suggests SOON

If Coinbase is worth $100 billion, what’s a fair valuation for...