More than a year after the pandemic began, remote work shows no signs of going away. While it has its cons, it remains top of mind for potential employees around the world before joining a new company.

But while most people in Africa still go to physical offices, despite the pandemic, a few companies have nevertheless embraced this concept. Andela, a New York-based startup that helps tech companies build remote engineering teams from Africa, was one of the first to publicly announce it was going remote on the continent.

Today, it is doubling down on this effort by announcing the global expansion of its engineering talent. Over the past six months, the company has seen a 750% increase in applicants outside Africa. More than 30% of Andela’s inbound engineer applications also came from outside the continent in March alone. Half this number came from Latin America while Africa saw a 500% increase in applications, as well.

When Andela launched in 2014, it built hubs in Nigeria, Kenya, Rwanda and Uganda to source, vet and train engineers to be part of remote teams for international companies. It also tested satellite models in Egypt and Ghana as substitutes to physical hubs.

The company would issue a call for applications, select a few (less than 1%), pay them a salary for the first six months and provide them with housing and food. It also helped developers improve their skills via training and mentorship. Over 100,000 engineers have taken part in the company’s learning network and community, and, as of 2019, Andela had more than 1,500 engineers on its payroll.

However, after noticing that this model wasn’t sustainable, it began to make changes.

In September 2019, it let go of 420 junior engineers across Kenya, Uganda and Nigeria. Nine months later, citing the pandemic, it laid off 135 employees while introducing salary cuts for senior staff. But despite the layoffs, the pandemic provided some form of clarity to how Andela wanted to operate — which was remote, judging by the success of the satellite models.

“In the very beginning, a developer had to be in Lagos to work with Andela. Then it became living in Nigeria. Then Kenya. Then Uganda, Rwanda,” CEO Jeremy Johnson told TechCrunch. “Before the pandemic, Andela was opening applications in country after country. The pandemic came and changed that as we opened up to the entire continent.”

Shutting down its existing physical campuses and going remote also helped the company focus on getting engineers with more experience to meet its clients’ requirements. That experiment, which the company conducted in less than a year, is also part of its mission to be a global company.

“That went so well and we thought ‘what if we accelerated it now that we’re remote and just enable applicants from anywhere?’ because it was always the plan to become a global company. That was clear, but the timing was the question. We did that and it’s been an amazing experiment,” Johnson added.

What is Andela, the Africa tech talent accelerator?

Now with its global expansion, its clients can tap into regional expertise to support international growth.

According to a statement released by the firm, it currently has engineers from 37 countries across Africa, Asia, Latin America, North America and Europe.

Johnson didn’t go into details about how many of these engineers are getting jobs from Andela, or even its total developer count. He’s more interested in helping its clients solve the diversity issues that have plagued many Western corporations.

Andela is currently working with eight companies that have hired its engineers in Latin America and Africa. In addition to the diversity play, the CEO says that means Andela engineers get to prove themselves on a global playing field in a way the company has “always wanted to see.”

Andela serves more than 200 customers, including GitHub, ViacomCBS, Pluralsight, Seismic, Cloudflare, Coursera and InVision. GitHub is one company that seems to be benefitting from Andela’s new offerings. The company’s VP of Engineering, Dana Lawson, in a statement said, “As a business in the developer tool space, a lot of us are trying to enter those areas of the world (Southeast Asia, Latin America and Africa) where the emergent developers are coming so we can better understand their needs. Having a local presence there with amazing talent is super valuable to building a global product.” 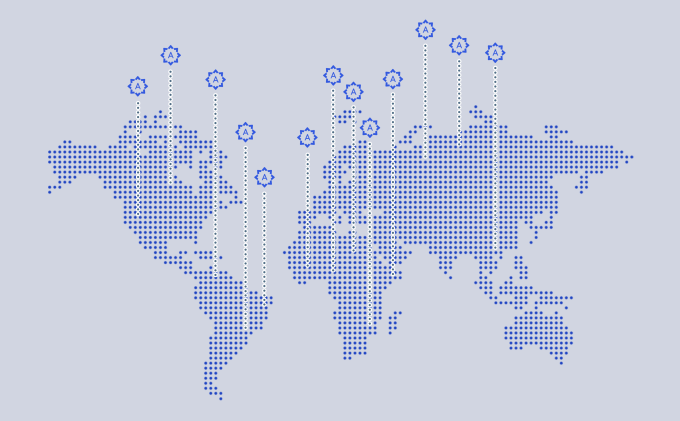 In its quest to become a global company, going up against competition is unavoidable for the seven-year-old company. But since most of these companies are horizontal marketplaces (providing a wide range of expertise), whereas Andela is vertical, Johson believes there’s enough market share to be acquired by the company.

“We are focused on building digital products, and because of that, we’re able to do more, essentially, for our customers… That’s where our focus is — [building long-term relationships] and around building great digital products.”

The company was founded by Jeremy Johnson, Christina Sass, Nadayar Enegesi, Ian Carnevale, Brice Nkengsa and Iyinoluwa Aboyeji. It has raised more than $ 180 million (up to Series D) from firms like Chan Zuckerberg Initiative, Generation Investment Management, Google Ventures and Spark Capital, at a valuation of about $ 700 million.

While announcing the layoffs last year, Andela said it was on an annual revenue run rate of $ 50 million. But when asked how this number has changed over the past year, Johnson said the company is “growing at a healthier pace as we’ve ever had.”

The future of remote work is global and Johnson believes Andela provides the vital link to talent wherever it is found. The company’s head of talent operations, Martin Chikilian, echoes similar sentiments.

“We’ve seen exponential growth and interest from engineers from across Africa who want to work with some of the world’s most exciting technology-focused companies,” he said. “Growing our network of talent from Africa to include more markets is a unique proposition and we continue to match talent with opportunity beyond geographical boundaries.”

Kate and Prince William’s ‘calming vibe’ REVEALED – ‘They put you... 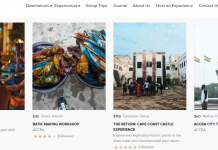 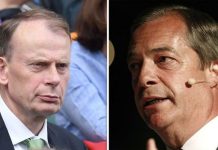 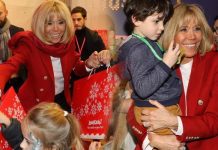 Brigitte Macron wears £1800 blazer to hand out Christmas presents to...

After a record year for Israeli startups, 16 investors tell us...